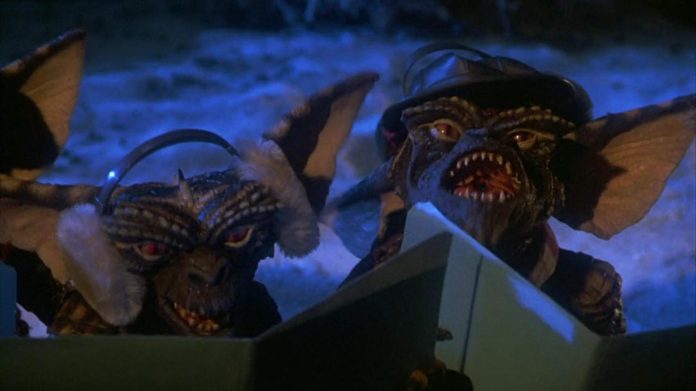 Joe Dante’s films are often a treat, and it’s because of his ability to stir his affection for classic horror and science-fiction into new and exciting material. His magnificent Matinee (1993) is firm proof, as is his off-beat take on the werewolf movie, The Howling (1981). 1984’s Gremlins is no exception, and is one of the director’s best works. From its charming characters, to its convincing and exciting special effects, Gremlins delivers a fast-paced horror comedy, with a knowing glee and a wicked sense of humour.

When his father (Hoyt Axton) brings home a strange creature from a mysterious antiques dealer, Billy (Zach Calligan) is immediately attached to the cute and furry “Mogwai” Naming him Gizmo, a bond forms between them. There are but three (now iconic) rules that accompany such a pet: 1. Do not expose them to sunlight or bright lights. 2. Do not get them wet. 3. Do not feed them after midnight (the most important rule). When Gizmo is accidentally struck with water, a handful of smaller creatures pop from his back. When Gizmo’s “offspring” (?) manage to trick Billy into feeding them after midnight, things go awry, and the cuddly cohort turn into scaly, menacing gremlins with a thirst for mayhem…

Gremlins is very cineliterate. What Joe Dante does so effectively is play upon familiar monster movie archetypes and invigorate them with charisma. Billy is the kindly young man whose horror at the transformed Gremlins is met with disbelief – much like Steve McQueen in The Blob (1958). Similarly, the small American town setting allows the final rampage of the Gremlins to ring true on the finales of films like Tarantula (1955), I Married a Monster from Outer Space (1958), and Invasion of the Body-Snatchers (1956) – which is seen playing on TV in the film.

That posters for movies like Beginning of the End (1957) hang on Billy’s bedroom wall, and that the late, great Dick Miller (star of many-a Roger Corman picture) has a fun role, affirm that such appropriations of classic sci-fi archetypes are done with great reverence. Building on this with the enthusiastic carnage from the giggling Gremlins, and injecting Chris Columbus’ script with personality, Dante crafts something familiar and new all at once.

Billy is genuinely likeable, and it’s a combination of Zach Calligan’s friendly performance and Columbus’ script that makes him so. Indeed, the script is also fairly mature, even touching on topics like seasonal depression in a way one might not expect from a film in which cackling creatures launch an old woman out a window to her death. Phoebe Cates’ performance as Kate, Billy’s girlfriend, carries that discussion quite well, and she convincingly sells to us that the film isn’t making light of the topic. Cates and Calligan play off of one other amiably, a fact that becomes more apparent when you realise how genuinely happy you are to see both actors return in the 1990 sequel, Gremlins 2: The New Batch. Perhaps it’s the contrast between those brief but serious moments and the exaggerated violence that pulls Gremlins together, letting you know that the film’s mayhem isn’t just for the sake of it.

The special effects are a treat. The Gremlins are wonderful, vibrant monstrosities that have truly been imbued with character. The Gremlin leader, ‘Stripe’ is particularly mean-spirited, and scenes where he wields a chainsaw (no less) are as tense as they are funny. Gizmo obviously steals the show, and Calligan really sells us Gizmo’s character through their believable interactions – almost akin to Luke Skywalker and Yoda in The Empire Strikes Back (1980).

Almost impossible to describe (though this critic will try) is that which makes Gremlins so enjoyable: it just feels fun. This is a movie that’s very easy to settle into but still be surprised and caught off-guard by. It’s a movie that strikes the perfect balance between having antagonists who are pretty horrific but who you cheer on, and heroes who you want to protect. Many other films understandably don’t have antagonists who you cheer on, and why would you? They’re the antagonists! But Gremlins is rather special in that there is a sense of glee in seeing the Gremlins’ attack everything in sight.

On reflection, maybe that’s a sadistic character flaw in this critic. Gremlins, on the other hand, is flawless fun. 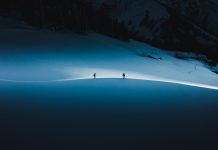 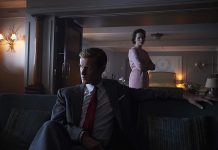 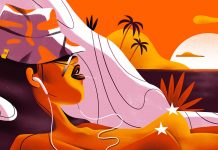