Xiu Xiu have announced a new album of duets called OH NO. It’s set for release on March 26 via Polyvinyl. Collaborators on the album include Sharon Van Etten, Chelsea Wolfe, Alice Bag, Haley Fohr of Circuit des Yeux, Owen Pallett, and Twin Shadow, as well as members of Deerhoof, Drab Majesty, Liars, and Shearwater. The noise group have also shared the first song from the album, a collaboration with Grouper’s Liz Harris titled ‘Bottle of Rum’. Check it out below, and scroll down for the album’s cover artwork and tracklist.

“About a year ago I bought a cheap bajo quinto, which is a 10 string low register guitar like instrument used in Tejano, conjunto and norteño musics,” Xiu Xiu’s Jamie Stewart said in a statement. “As it is a cheap one, only certain chords sound good on it. One of them, annoyingly, is the open ‘cowboy’ voicing of D major. When we started Xiu Xiu, founding member Cory McCulloch had a lot of rules for the band. One of them was we could never use this chord. It has become a creative game in the last few years to try and break some of these rules but in a way that respects that Cory had very good reasons for imposing them in the first place. I.e. in this voicing, D major is an insipid chord.”

Stewart continued, “I had been trying to write a song on this bajo quinto to no avail and then drunkenly (A Bottle of Rum) listened to Liz’s song, “Heavy Water/I’d Rather Be Sleeping.” A spark shone and feebly I tried to write something that, at least at first, sounded like it. I had asked Liz Harris, who is an old friend, if she would sing on this new record of duets. Initially I thought of her for another song but she specifically, although not knowing she had been the inspiration behind it in the first place, asked to be on this one. If the stars ever have aligned… well then.”

OH NO will mark the follow-up to Xiu Xiu’s 2019 album Girl With Basket Of Fruit. 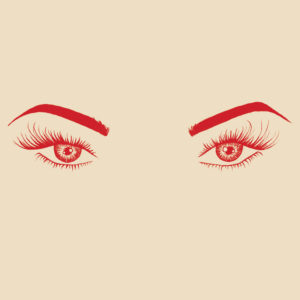