Sacred Bones to Release New Album by a Baby, Recorded Inside the Womb

Sacred Bones has announced the release of the debut full-length album from an artist named Luca Yupanqui. If that name doesn’t sound familiar, it’s probably because the artist is literally the toddler-aged daughter of Psychic Ills bassist Elizabeth Hart and Lee Scratch Perry producer Iván Diaz Mathé, who recorded the album while she was literally still inside the womb. They did so using “biosonic MIDI technology” attached to Hart’s stomach to convert the vibrations of the baby’s in utero movements into music notes that were sent to different synthesizers. Sounds of the Unborn is out April 4. Below, check out the first single ‘V4.3 pt. 2’, and scroll down for the LP’s cover artwork and tracklist.

According to a press release, the album was recorded across five hour-long sessions. Luca’s parents “edited and mixed the results of the sessions, respecting the sounds as they were produced, trying to intervene as little as possible, allowing Luca’s message to exist in its raw form.”

‘V4.3 pt. 2’ also comes with an accompanying visual. “We did some Super 8 footage during the recording sessions and later we teamed up with artist Victoria Keddie because we love her approach and aesthetic,” Mathé said in a statement. “She processed the film with analog gear and created a visual trip that summarizes what we felt while creating this album.”

Sounds of the Unborn Cover Artwork: 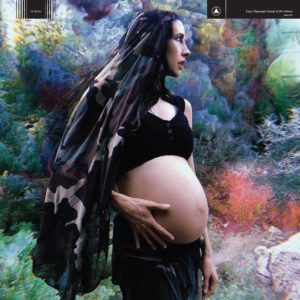 Sounds of the Unborn Tracklist: