Bonnie ‘Prince’ Billy and Matt Sweeney have announced a new collaborative album: the follow-up to 2005’s Superwolf is called Superwolves and arrives April 30 digitally and June 18 physically via Drag City. They’ve also shared a new song, ‘Hall of Death’, which was co-written with Tuareg guitarist and producer ​Ahmoudou Madassane and features guitarist Mdou Moctar, electric bassist Mike Coltun, and drummer Souleyman Ibrahim. Check it out below, and scroll down for the album’s tracklist and cover artwork (created by Harmony Korine).

“​The chemistry comes from lives, lived separately, in which music is crucial sustenance,” Bonnie ‘Prince’ Billy said in a statement. “We listen with gratitude and awe, knowing that we belong in there. We construct our dream selves with the faith that these selves will have their chance at life. We know what we are capable of doing and just need each other’s support to bring the imagined languages to life.​”

​Matt Sweeney added: “I love the challenge to write melodies for Will to sing. Struggle with that challenge too. Knowing that Will’s voice will elevate the melody makes me reach higher and dig deeper for the tune. Makes me want to match it with a guitar part that holds his voice like a chalice holds wine (or blood, or whatever is needed to live the best life). I also love singing harmonies and responses to this voice of his.​”

Back in November, the two artists shared the album track ‘Make Worry for Me’, which followed March’s charity single ‘You’ll Get Eaten, Too’. Matt Sweeney also featured on Will Oldham and Bill Callahan’s cover of Hank William, Jr.’s ‘O.D.’d in Denver’. 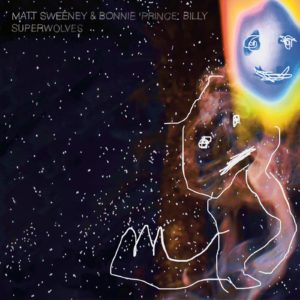