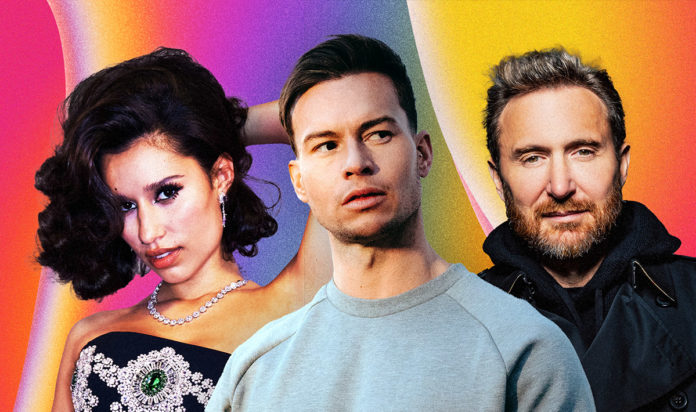 After a number of successful releases, Joel Corry, the British DJ and now chart-hitting music producer, has released possibly the most prominent track yet named ‘BED.’ Whilst previous singles featured talented artists with his freshest song Corry brought out the superstar French DJ and producer David Guetta alongside the highly-beloved RAYE.

Corry’s producer career fully kicked off in 2018 with few releases such as ‘Fallen,’ which premiered on Our Culture and ‘Good as Gold’, both featuring singer-songwriter Hayley May. In 2019, Corry released ‘Sorry,’ the first song of his which hit the UK Top 10. Vastly helped by its appearance on the popular ITV series Love Island. ‘Sorry’ itself was a take on Monsta Boy’s 1999 garage track ‘Sorry (I Didn’t Know).’

2020 was a challenging year for many, but with hard work and determination, Corry pulled it out of the bag again with two tracks, ‘Lonely’, which peaked at number four in the UK singles charts, and ‘Head & Heart’, which became Corry’s first number-one single in the UK singles charts. ‘Head & Heart’ summed up Corry’s sound with an unforgettable melody and an easy-to-listen beat.

With 2021 underway, Corry looks to take it another step and go much further than the UK, Europe, and Oceania. ‘BED’ proves that Corry’s ear for club-loving fanatics has paid off and will likely resurface him at the top of the singles charts, once again.

‘BED’ can now be streamed via Spotify.