Islands Announce First New Album in 5 Years, Release New Song ‘(We Like To) Do It With the Lights On’

Canadian indie rock veterans Islands have announced their first new album in five years. It’s called Islomania and it comes out June 11 via their new label Royal Mountain Records. They’ve also shared the album’s first single, ‘(We Like To) Do It With the Lights On’, which arrives with an accompanying video directed by Tim Nackashi. Check it out below, and scroll down for the album’s cover artwork (featuring actor/filmmaker Alex Karpovsky) and tracklist.

Frontman Nick Thorburn explains that he had decided to quietly retire the group after celebrating the 10th anniversary of their debut album in 2016. After the decision was made, he began writing songs and briefly considered doing writing for others. “At the time I still wasn’t sure what this new music was going to be, or if coming back to Islands even made any sense,” he said in a statement. “But once we started playing, it quickly became clear this would be the next Islands album.”

Talking about the inspiration behind the new single, he added: “I came up with the song title as a tossed-off joke. It seemed fitting with the kind of playful innuendo that seems to do well in the pop sphere. Once I started to flesh it out after booting up the band again, I realized it was mine, and for Islands only. I started it with the groove first, and built the melody off the top. This is like most of the songs on this record, which is new for me.” 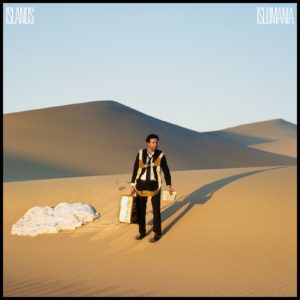