Sharon Van Etten‘s sophomore album, epic, came out in 2010. To celebrate the album’s anniversary, the singer-songwriter has announced epic Ten, a double album reissue that includes the original record as well as a covers LP featuring Fiona Apple, Courtney Barnett, Big Red Machine, Vagabon, Lucina Williams, IDLES, and more. Today (March 4), Van Etten has unveiled a cover of ‘A Crime’ by Big Red Machine (the duo of Bon Iver’s Justin Vernon and The National’s Aaron Dessner). Check it out below, and scroll down for the album’s cover artwork and tracklist.

“epic represents a crossroads for me as an artist,” Van Etten explained in a statement. “Going from intern to artist at Ba Da Bing, from solo folk singer to playing with a band for the first time, and beginning to play shows on tour where people showed up. I am in awe of the artists who wanted to participate in celebrating my anniversary and reissue, from young inspiring musicians, to artists who took me under their wing, who I met on tour, and to artists I’ve looked up to since I was a teenager. Each one of these artists continue to influence my writing and provide a sense of camaraderie during this new era of sharing music.”

On covering ‘A Crime’ with Justin Vernon, Dessner said: “Sharon is one of my favorite songwriters and I’ve been very lucky to get to collaborate with her many times over the years. Recording ‘A Crime’ with Justin, more than 10 years after we covered ‘Love More’ at MusicNOW with my brother Bryce—and thinking about all our shared memories—it felt like coming full circle. It’s an honor to be able to pay tribute to Sharon and her incredible songs. We felt like the door should be about to fall off the hinges of this version and I think it sounds like that.”

epic Ten arrives digitally April 16 and physically June 11 via Ba Da Bing. Each Thursday up until the album’s release, Van Etten will share a new cover from the record. 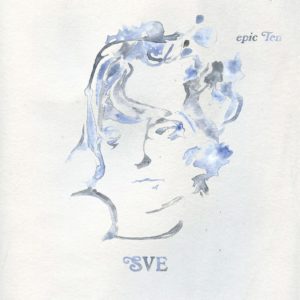