Long-running indie label 4AD has enlisted the Breeders, U.S. Girls, Tkay Maidza, Future Islands, Big Thief, and 13 other artists currently on its roster to cover songs from its catalog. To celebrate the label’s 40th anniversary (which was last year), they’ve announced a new covers compilation called Bills & Aches & Blues, which is out April 2 digitally and July 23 physically, with a deluxe vinyl box set coming later this year. The first five tracks from the compilation have also been released today – below, check out Tkay Maidza’s take on Pixies’ ‘Where is My Mind’, U.S. Girls’ cover of the Birthday Party’s ‘Junkyard’, Aldous Harding’s rendition of Deerhunter’s ‘Revival’, the Breeders’ version of His Name Is Alive’s ‘The Dirt Eaters’, and Maria Somerville’s cover of Air Miami’s ‘Seabird’. Scroll down to find the full tracklist and cover art, too. 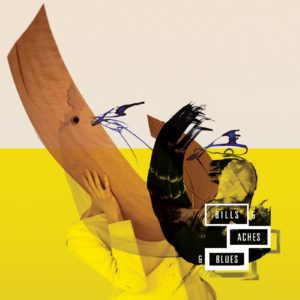