Paul McCartney has announced McCartney III Imagined, a new, reimagined version of his most recent album McCartney III featuring an all-star lineup of artists offering their own covers, remixes, or reworkings of its 11 songs. The album arrives digitally April 16 via Capitol and features contributions from Phoebe Bridgers, St. Vincent, Blood Orange, Beck, Anderson .Paak, Damon Albarn, Josh Homme, Khruangbin, Massive Attack’s Robert “3D” Del Naja, Ed O’Brien of Radiohead, and Idris Elba. A physical release is scheduled for later this year. Below, listen to Dominic Fike’s rendition of ‘The Kiss of Venus’, and check out the album’s cover art and tracklist.

McCartney III, the third in a trilogy of albums that began with the former Beatle’s solo debut, 1970’s McCartney, came out in December 2020. McCartney’s previous studio album was 2018’s Egypt Station. 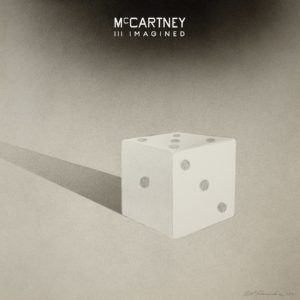