Lightning Bug Announce New Album ‘A Color of the Sky’, Release New Song ‘The Right Thing Is Hard to Do’

Lightning Bug – the New York-based indie rock project of Audrey Kang, Kevin Copeland, Logan Miley, Dane Hagen, and Vincent Puleo – have announced their third album. It’s titled A Color of the Sky and it arrives June 25 via Fat Possum. The follow-up to 2019’s October Song includes the new single ‘The Right Thing Is Hard to Do’, which comes with an accompanying video animated by Melanie Kleid. Check it out below, and scroll down for the album’s cover art and tracklist.

“Here I wanted to connect how the struggles and flaws within the individual are mirrored in the greater problems of society,” songwriter Audrey Kang said of the new song in a statement. “How do we as individuals know we are on the right path? How do we as a society, as a species, know we are on the right path? So I started with myself, and my own struggles, touching on how I hide myself away from other people, on my stage fright, on my inability to be vulnerable, on this feeling I used to have that I needed to prove I was worthy of being alive. Then I tried to connect these struggles outward to global issues like xenophobia, arbitrary borders, the lines we draw between ourselves and the environment, and the ways we sacrifice the health of the planet for human convenience.”

A Color of the Sky marks the first time the group, previously a trio, have recorded live as a band. “Songs in the past sometimes felt muddled, or I felt lost where to take them,” Audrey explained. “But for this one, each song felt like a whole entity from conception. I want listeners to explore their own interior worlds. It’s about learning to trust yourself, about being deeply honest with yourself, and about how self-acceptance yields a selfless form of love.”

A Color of the Sky Cover Artwork: 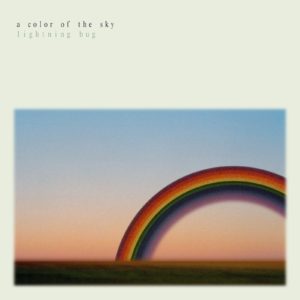 A Color of the Sky Tracklist: