Gloucestershire-via-Manchester songwriter Chloe Foy has announced her debut album. It’s called Where Shall We Begin and it arrives on June 11. Along with the announcement, Foy has also shared the new single ‘Shining Star’, which follows last month’s ‘Left-Centred Weight’. Check it out below and scroll down for the album’s cover artwork and tracklist.

On her new album, Foy grapples with losing her father to depression at a young age, and ‘Shining Star’ reflects on his decision to not pursue his passion in life. “My dad was a talented artist and potter, but instead of following that path, he worked an office job in the pursuit of money which ultimately made him very unhappy,” Foy explained in a press release. “It gave me an early life lesson to follow a creative path if it presents itself and to ignore the pressures of society to conform to a certain life. Because it won’t necessarily make you happy.”

Speaking about the process of making the album, she added: “For me, this album has come out of a decade of hard graft, trying to balance my craft with making a living, whilst taking my time to get it right. All whilst dealing with the fallout of a huge bereavement in my most formative years. I was finding it hard to work out who I was within this new, alien context of losing a parent.”

Where Shall We Begin Cover Artwork: 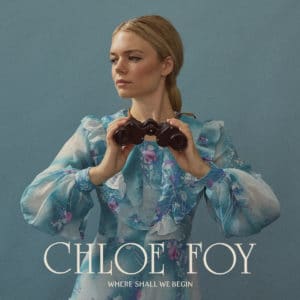 Where Shall We Begin Tracklist: