black midi have announced the details of their sophomore album. It’s titled Cavalcade and it’s out May 28 via Rough Trade. The experimental UK outfit has also shared a music video for the lead single, ‘John L’, directed by choreographer and creative director Nina McNeely, who’s previously worked on projects including Rihanna’s ‘Sledgehammer’ visual and Gaspar Noe’s Climax. Check it out below, along with the newly unveiled B-side, ‘Despair’.

“The emphasis when we were making and sequencing ‘Cavalcade’ was to make music that was as dramatic and as exciting as possible,” the band’s Geordie Greep explained of the new album. “When you’re listening, you can imagine all the characters form a sort of cavalcade,” Cameron Picton added. “Each tells their story one by one and as each track ends they overtake you, replaced by the next in line.”

“The experience this time round was completely the flipside to ‘Schlagenheim’,” Morgan Simpson said. “A lot of the material was really fresh but that was something that played into our hands and we relished it.” Geordie added: “It’s easy to get wrapped up in the improvisation myth of divine intervention, that if a song doesn’t happen in the room naturally without it being guided by someone specifically, when we’re all just feeling the vibe, then it’s not proper and it’s not pure. That’s kind of a dangerous thing because you end up never trying something different, or you just abandon an idea if it doesn’t work at first because you’re always waiting for that thing to arrive perfect.” 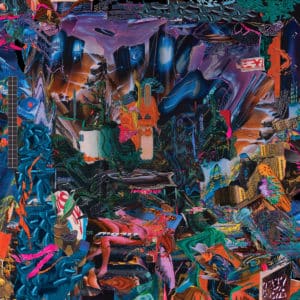