After announcing their new project Bachelor, Jay Som’s Melina Duterte and Palehound’s Ellen Kempner have revealed the details of their debut album. Doomin’ Sun arrives on May 28 via Polyvinyl. Bachelor have also unveiled a new single from the album called ‘Stay in the Car’, along with a music video directed and edited by Haoyan of America. Check it out below and scroll down for the album cover and tracklist.

Duerte and Kempner wrote and recorded Doomin’ Sun in Topanga, California over the course of two weeks in January last year. The LP features contributions from Big Thief’s Buck Meek and James Krivchenia, as well as Duterte’s partner Annie Truscott of Chastity Belt.

“I wrote the lyrics to ‘Stay in the Car’ back in December of 2019 when I was in Florida for my partner’s top surgery,” Kempner explained in a statement. “I had run out one afternoon, post-op, while he was healing to grab lunch for us and as I was gathering my stuff in the parking lot, a big car pulled up and this absolutely beautiful woman got out. She was dressed all in red, dripping with jewelry and had the most wild fiery mane I’d ever seen. She was yelling at the man behind the wheel asking him what he wanted from the store and I wished I was that man. I wanted to be a part of her life, her best friend, her driver, whatever she wanted me to be. I was completely mesmerized.”

Duterte added: “We wanted this song to be a visceral listening experience, inspired by the Pixies and the Breeders. For the music video, we worked on a two-day shoot with Haoyan of America in Poughkeepsie in extremely cold weather. We all collaborated on the idea that our friendship should be portrayed in a fun and stylish way. Haoyan captured that energy in his own unique and creative lens through his collection of ’80s/’90s/’00s props and toys, CGI, and anything car-themed.” 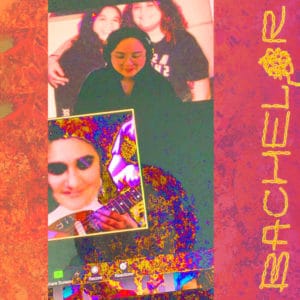