Poté, the project of experimental producer Sylvern Mathurin, has announced a new album titled A Tenuous Tale Of Her. It arrives on June 4 and will be the first album to be released on Bonobo’s new OUTLIER imprint. The Paris-based artist has also shared a new single, ‘Young Lies’, featuring Damon Albarn. Check out the track, and find the album’s cover art and tracklist, below.

Imagined as a theatrical performance in a pre-apocalyptic setting, the new album draws from the music of Poté’s Caribbean upbringing as well as his “exploratory, emotive songwriting,” according to a press release. “I wanted to write something that can live on stage without me being present,” Poté explained. “I love it when tunes evolve like this one,” Albarn added of the new song.

A Tenuous Tale of Her Cover Artwork: 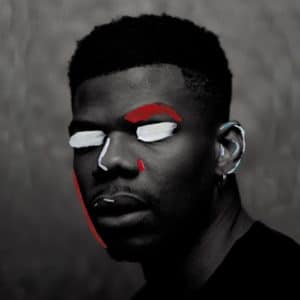 A Tenuous Tale of Her Tracklist: