After gaining traction with a cover of The Talking Heads’ ‘This Must Be The Place’ last year, fanclubwallet, the project of Canadian artist Hanna Judge, has announced her debut EP. Hurt is Boring is set for release on May 14 and it includes a new single called ‘C’mon Be Cool’, which comes with an accompanying music video. Check it out below and scroll down for the EP’s cover artwork and tracklist.

The EP was created alongside producer Michael Watson while Judge was dealing with a Crohn’s disease flareup. “I feel like a lot of people might have felt this way during the pandemic,” she said of the new song in a statement. “You’re isolated, your life has changed so much in a year, and you realize that maybe everyone else’s lives have not changed in the same manner.” 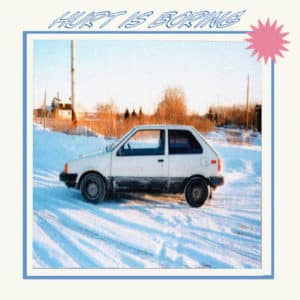