Brooklyn-based noise rock band A Place To Bury Strangers have announced a new EP called Hologram, which arrives on July 16 via founding member Oliver Ackermann’s label Dedstrange. They’ve also shared a new song, ‘End of the Night’, alongside an accompanying video. Check it out below and scroll down for the EP’s cover art and tracklist.

Following their 2018 remix album Re-Pinned, Hologram marks the band’s first new release with their new lineup, featuring John Fedowitz on bass and Sandra Fedowitz of Ceremony East Coast on drums. “‘End Of The Night’ is the first written in collaboration with either of the new band members,” Ackermann explained in a statement. “John sent me the drum track and challenged me to write a song over it. It sort of came about as a strange stream of consciousness and unknowingly became about the end of the former band and the beginning of the new one. Each layer of the song stripping away the dead skin from the old and regrowing layer and layer of distortion of the new band.

“It’s great to be working again with John Fedowitz,” he added. “I feel like our songwriting styles shot off in different directions from our earlier band Skywave only to come back to the table with different experiences to create something special again.”

This Friday (April 23), A Place To Bury Strangers will be hosting a screening of the Dedstrange SXSW Showcase via the label’s Facebook and YouTube pages. The band have also announced a 2022 world tour – tickets go on sale on Thursday (April 22). 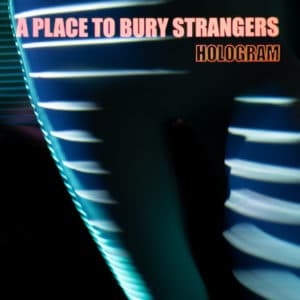