Earl Sweatshirt and Brooklyn rapper Navy Blue have joined the Alchemist on a new track titled ‘Nobles’. It’s the lead single from the producer’s upcoming This Thing of Ours EP, which comes out on April 30. Check it out below, along with the EP’s full tracklist and cover art.

The Alchemist’s This Thing Of Ours EP will also feature collaborations with Boldy James, Pink Siifu, Maxo, and Sideshow. The Alchemist recently released a collaborative LP with Armand Hammer called Haram, which featured a song with Earl Sweatshirt. Earl Sweatshirt and the Alchemist have previously teamed up on multiple tracks, including ‘Wind in My Sails’, ‘E. Coli’, and ‘Play It Cool’.

This Thing Of Ours EP Cover Artwork: 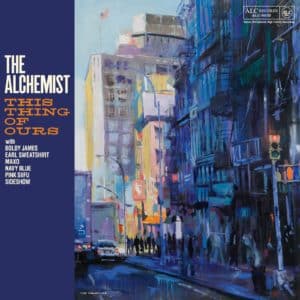 This Thing of Ours EP Tracklist: