After returning with the new song ‘Sinking Feeling’ earlier this year, Wavves have announced their next album. It’s called Hideaway and it arrives July 16 via Fat Possum. To accompany the announcement, the band have also shared a new single titled ‘Help Is On the Way’. Check it out below and scroll down for the LP’s cover artwork and tracklist.

Nathan Williams, Stephen Pope, and Alex Gates collaborated with producer Dave Sitek on the new album, which follows 2017’s You’re Welcome. According to a press release, the record is about “what happens when you get old enough to take stock of the world around you and realise that no one is going to save you but yourself.” Williams explains: “It’s real peaks and valleys with me. I can be super optimistic and I can feel really good, and then I can hit a skid and it’s like an earthquake hits my life, and everything just falls apart. Some of it is my own doing, of course.” 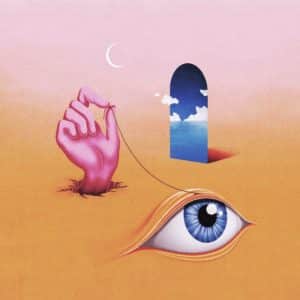