audiobooks, the duo of vocalist/visual artist Evangeline Ling and David Wrench, have announced a new album called Astro Tough. Their second LP following their 2018 debut Now! (in a minute), it comes out October 1 via Heavenly. Below, check out a video for the album’s opening track and lead single, ‘The Doll’, and scroll down for the cover art and tracklist.

“I had the idea for ‘The Doll’ video while out for a walk,” Wrench explained in a press release. “I was watching a child walk confidently, checking their surroundings, taking it all in. I started to recall how the world used to look as a child. I was lucky to grow up in the countryside and to be able to walk alone in nature. My father was a sportsman (he won a Commonwealth medal for Wales for Weightlifting) and a PE teacher, so I used to go with him and spend time in empty sports venues. There is a special atmosphere to places built for crowds when they are empty. It struck me that a video based on a child exploring these empty spaces and finding something that had been lost would make a really fitting film for our track ‘The Doll’.”

Of the album, he added: “The first album was a photograph of the beginnings of the project, recorded without any overall plan. Astro Tough is more scripted, but a script that still allowed for lots of improvised scenes. There was more intention behind the songs, and a lot more refining. We weren’t precious about everything being spontaneous and a first take, like on the first record, even though some of it ended up being that. We made a lot more material for this record but chose the tracks that best worked together as an album.” 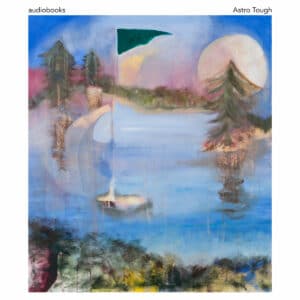