Producer and singer-songwriter Matthew E. White has announced a new album titled K Bay. It’s out September 10 via Domino, and first single ‘Genuine Hesitation’ is out today alongside an accompanying video. Check it out below and scroll down for the album’s cover artwork and tracklist.

Directed by White and Shawn Brackbill, the Super 8-shot visual serves as a preview of the LP, introducing the friends and collaborators who were involved in its creation: the Spacebomb House Band (bassist Cameron Ralston, drummer Pinson Chanselle, and orchestral arranger Trey Pollard), multi-instrumentalist Alan Parker, keyboardists Devonne Harris and Daniel Clarke, and engineer/mixer Adrian Olsen.

For me, one of the most exciting production techniques from this record was this idea where I’d record the song twice. First, in a more traditional, band-in-the-room, work out the parts and sounds, nail it, kind of way. Secondly, I would distill the concept of the song one way or another into an instrumental composition. I had a much larger band (based off of Miles Davis’s On The Corner bands) play this kind of new-music/improvisational piece at the same tempo as I had recorded the first, more ‘normal’ take. The goal was to be able to cut across between the two pieces, and/or layer them and have them fit together in wild ways. To a large degree it worked, which was pretty exciting for me. The intro to ‘Genuine Hesitation’ is an excerpt from the much longer improvisation based instrumental. 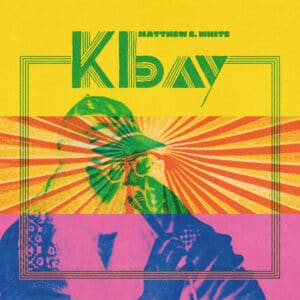