Samia has announced a new EP called Scout. It arrives digitally July 23 and physically August 13 via Grand Jury. Along with the announcement, Samia has also shared the lead single ‘Show Up’ alongside an accompanying video directed by Joey Brodnax. Check it out below and scroll down for the EP’s cover artwork and tracklist.

“It feels like a part two – it’s The Baby‘s slightly older sister letting her know that everything is gonna be alright,” Samia said in a statement, referring to her 2020 debut.

Earlier this year, Samia released The Baby Reimagined, a collection of reworkings featuring Bartees Strange, Anjimile, and many more. Last month, she teamed up with Wild Pink for one of our favorite songs of the week, ‘Ohio’. 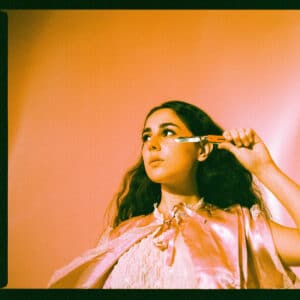