Brooklyn-based musician Steve Gunn has announced a new album titled Other You. The follow-up to 2019’s The Unseen In Between is out August 27 via Matador. Today’s announcement comes with the release of the two-song single ‘Other You’ and ‘Reflection’. Take a listen below and scroll down for the album’s cover artwork and tracklist.

Other You was recorded with producer Rob Schnapf in Los Angeles and features contributions from Juliana Barwick, Mary Lattimore, Bridget St. John, Jeff Parker, and Bill MacKay. Elaborating on the title of the album, Gunn said in a press release: “I came up with this title when we were recording vocals and Rob was very into harmonies. There was a third part and I just couldn’t find the note. I couldn’t vocalize it. He went in and took my voice and put it into his computer program, then he could playback and “sing” the note with my voice using the computer. And he said, ‘Sing to the other you.’ So I was singing along to myself singing a note I couldn’t sing.”

Other You Cover Artwork: 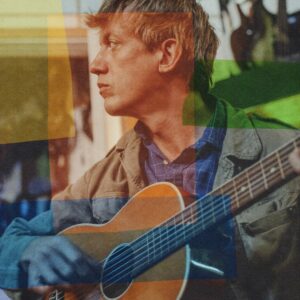