Hot Chip frontman Alexis Taylor has announced his sixth solo album: Silence comes out September 17 via AWAL. It’s led by the new single ‘Dying In Heaven’, which arrives with an accompanying video directed by Brian DeRan. Check it out below and scroll down for the LP’s cover artwork (by Brain DeGraw) and tracklist.

“Over the last year or so, confined to our homes and restricted in our activities, many of us have spent more time alone than we ever imagined, or wanted, facing a test of our resolve in extraordinary circumstances, and compelled to confront ourselves,” DeRan explained of the video in a press release. “Our time in the desert nearly over, now is a time to take stock, cast off the shadows, and emerge into the world again, renewed and invigorated by the journey ahead.”

About the album as a whole, Taylor commented: “I’m not religious myself, but the songs which deal with the idea of gospel music or religion, look at it from a distance (rather like the shaky hand-held lens through which we follow the action in Pasolini’s Gospel According To Matthew) and try to uncover its influence on music and on people in desperate circumstances.” 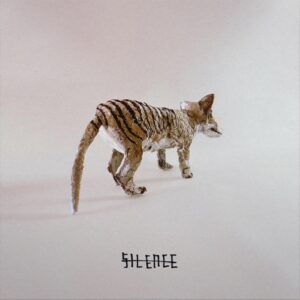