Ducks Ltd. (formerly Ducks Unlimited), the jangle-pop duo of Tom McGreevy and Evan Lewis, have announced their debut album, Modern Fiction. It’s out October 1 via Carpark. Today’s announcement comes with the release of the lead single ’18 Cigarettes’, a song loosely inspired by a 1997 Oasis performance of ‘Don’t Go Away’. Check it out and find the album’s cover art and tracklist below.

Back in May, Ducks Ltd. reissued their debut EP, Get Bleak, originally released in late 2019. 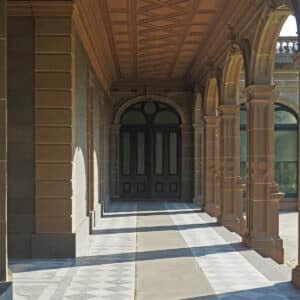