EERA, the project of Berlin-based Norwegian singer-songwriter and guitarist Anna Lena Bruland, has announced her sophomore album. Speak, the follow-up to 2017’s Reflection of Youth, comes out December 3. It’s led by the single ‘Ladder’, which arrives with an accompanying video directed by Sigurlaug Gísladóttir. Check it out below and scroll down for the LP’s cover artwork and tracklist.

“Speak is a search for a balance in life, acknowledging myself, and being proud of who I am,” Bruland explained in a press release. “To become braver and more confident, and stop questioning so much. Accept and move on instead. My debut was a little bit timid, like, am I doing this right? This album is more who I am.” 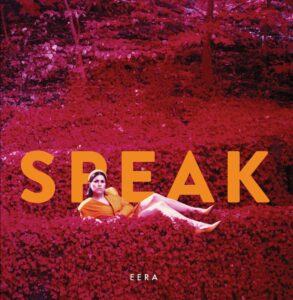