Smile – the Swedish duo of Peter Bjorn and John’s Björn Yttling and Caesars/Teddybears’ Joakim Åhlund – have announced a new album, Phantom Island. The follow-up to their 2012 debut A Flash in the Night arrives November 19 via Chimp Limbs/Ingrid. They’ve also shared a new single, ‘Eon’, which features Swedish singer Freja the Dragon. Check it out below, along with the LP’s cover art and tracklist.

“It truly was an experience to join Smile on ‘Eon,’ a sad tune that really made me feel all the blues,” Freja said in a statement. “Love is a mystery and I’m beyond thrilled to sing my heart out on this track.”

In addition to Freja the Dragon, Phantom Island features guest appearances from Robyn and Primal Scream’s Andrew Innes. Previously, Smile shared the singles ‘Dressed For Success’, ‘Kylie’ and ‘Different Kind of Fog’. In a press release, the duo said the album encompasses “all our cherished musical expressions and styles.” 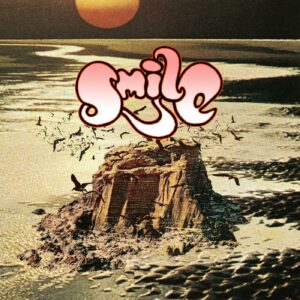