“When the decision came to re-release this collection, I found myself digging through hard drives looking for something extra to add to the compilation,” Condon explains in the album’s liner notes. “What started as a few extra unreleased tracks from my formative recording years quickly grew into an entire extra records-worth of music from my past, and a larger project of remixing and remastering everything I found for good measure.”

Of ‘Fisher Island Sound’, he added: “This song was written while staying in band member Ben Lanz’s old family cottage on the coast of Connecticut, on the Fisher Island Sound. I played with the lines for years before trying to record versions of it in Brooklyn with the band. Perrin Cloutier had taught himself how to play a new button accordion beautifully, and the band was really sounding their best. I however, struggled in those years to put vocals on the songs and ended up scrapping a lot of the music from that era in this part of the collection due to fear, stress and self-doubt. I’ve come to rediscover some of these old songs in a different light since then, but they do remain a heavy reminder of unsteady times.” 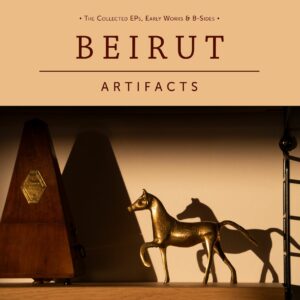