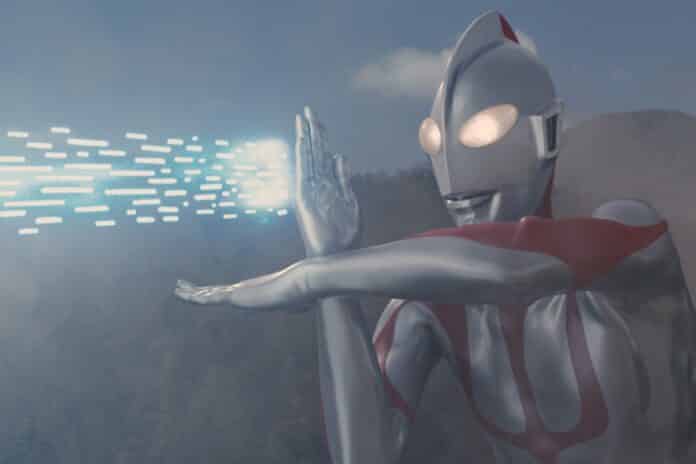 I’ve loved Ultraman since I was 12. I remember tracking down the original 1966 Ultraman on a website that was probably teeming with viruses. But that didn’t matter. What mattered was the impact it had on me. From its beautiful monsters to its loveable cast, Ultraman stayed with me. As I got older, I dabbled in the rest of the franchise. I remember watching Ultraman X (2015) over bowls of cereal in my first-year university accommodation.

But no matter how many Ultra shows I watched, I always came back to the 1966 series. This year’s Shin Ultraman is like several episodes of the show expanded and strung together. While on paper that may seem impenetrable to the uninitiated, I actually think it has the potential for wider appeal. I think that’s down to what’s at the heart of Shin Ultraman, something that’s been at the core of the Ultra franchise since its beginning: the theme of hope.

Our Culture reviews Shin Ultraman as part of its selection from this year’s Fantasia International Film Festival.

Monster attacks have occurred all over Japan, leading to the creation of the SSSP – the S-Class Species Suppression Protocol Enforcement Unit – whose job it is to stop them. When a new monster wreaks havoc, a silver giant drops from the sky and defeats the creature. Much as in the original show, this being (eventually named “Ultraman” by humanity) fuses with Shinji Kaminaga (Takumi Saitoh) of the SSSP. As world attention swings to Japan and the arrival of Ultraman, various aliens turn up with all manner of strange and sinister offers to humanity. Ultraman’s appearance – and the subsequent aliens who arrive in his wake – irrevocably shifts the course of humanity’s future in the universe. The consequences are both galactic in scale and intimately human.

The world that Ultraman visits is troubled. Right from his arrival, politicians remark that he’s upended the world order. The other aliens exacerbate the situation; Japan’s government seeks treaties and contracts with them to put themselves on top of the new paradigm – acutely aware of international standing. There’s an argument to be made that Ultraman doesn’t upend the world order at all. Rather, he simply illuminates the fragility that was already there.

When the various aliens arrive (all updated characters from the original show), our world seems small. Frighteningly small. Both aliens and humans comment on the insignificance of humanity. Talk of galactic treaties between myriad alien species makes Earth – makes us – seem like nothing. And yet, paradoxically, this is how Shin Ultraman manages its wonderful hope. If it’s an intrinsic fact of the universe that we’re insignificant, that our planet and everyone on it mean nothing to the vast cosmos, then the fact that we still choose to care about one another, to be decent and loving, means something. Ultraman embodies that choice in the film.

In prior Ultra series, Ultraman’s people act out of simple good-guy morality and a sense of duty to defend the Earth. In Shin Ultraman, however, the people from the “Planet of Light” are anything but interested in our well-being. That means that Ultraman’s choice to help us is his own. The effect this has on the SSSP members is palpable and realises a hopeful ending that, while open with its messaging, hit this critic in just the right way.

All of this is delivered with some very affectionate filmmaking. The film maintains roughly the same visual style as 2016’s Shin Godzilla – whose creators were behind Shin Ultraman if it wasn’t already obvious. References to the original series abound from the use of Kunio Miyauchi’s 1966 soundtrack to the literal recreation of fights movement-for-movement between Ultraman and his foes.

Ultraman and the film’s monster roster are rendered in CGI. On one hand, I’d be lying if I said I wasn’t a little disappointed. The beautiful effects work of the original series – let alone the astonishing practical effects of modern Ultraman shows – is wonderful and it would’ve been lovely to see a continuation of that approach in Shin Ultraman. On the other hand, the digital effects are still appealing in their own right. Certainly, they look more visually arresting than the CGI used in Hollywood efforts.

Admittedly, the film struggles with its characters. The aliens in the movie (Kaminaga/Ultraman included) are wonderfully portrayed, especially Koji Yamamoto as Alien Mefilas. However, the SSSP members leave something to be desired. They’re not terrible, but their characters don’t feel as developed as those in Shin Godzilla. One thing (among many) that Shin Ultraman shares with Shin Godzilla is a penchant for some silly humour that doesn’t always land. It wouldn’t be out of place in an Ultraman show, but it sometimes feels off given the mostly serious tone the movie’s going for. It’s not a dealbreaker by any means, but like Satomi Ishihara’s wince-inducing “where’s Zara?” line in Shin Godzilla, there’s a handful of moments in Shin Ultraman that could’ve been dropped.

To make one last comparison to Shin Godzilla, I’m sure that – as with that film – my perspective on Shin Ultraman will develop, shift, and evolve as time goes by. But for now, for that inner 12-year-old who loved the original series, I enjoyed it. I can’t wait to see it again.

Fantasia 2022 Review: Shin Ultraman (2022)I’ve loved Ultraman since I was 12. I remember tracking down the original 1966 Ultraman on a website that was probably teeming with viruses. But that didn’t matter. What mattered was the impact it had on me. From its beautiful monsters to its loveable...