Fortnite Free vs. Paid (What’s The Difference And Is It Worth It?) 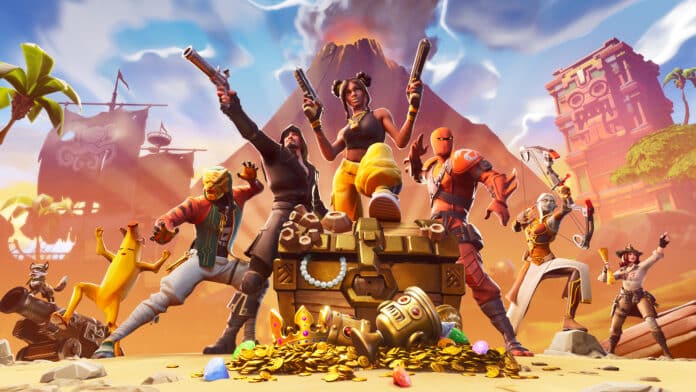 With so many people playing Fortnite, it’s easy to get caught up in the hype. But does this really need to cost you money?

The Battle Royale game is free. Battle Royale pits the player against 99 other players, in a fight to be the last one alive. It includes Creative Mode, where players design islands, and Party Royale, a fun place to hang out. Paid Fortnite is a team game. The aim is to defend forts from monsters (husks).

Read on to find out more about the free and paid Fortnite games and whether or not paying for Fortnite is worth it.

What’s The Difference Between Fortnite Paid and Free?

Ultimately, Battle Royale is free-to-play, and Save the World (an online co-operative adventure) is not. You will have to buy Save the World like any other paid game, even if you already have Fortnite installed.

The free part of Fortnite is the Battle Royale game and all the spin-off modes that come with it. With Fortnite free-to-play, you get:

None of the cosmetics, such as skins (the avatar or characters you play as, although there is a basic male and female skin) and gliders (parachutes to help you float down from the plane; although a basic glider is provided), are available for free, but there are occasional special events where you can gain items through completing challenges. However, many of these are for Battle Pass holders only. The Battle Pass will cost you $7.99.

The paid version of Fortnite is Save the World, a PvE (Player versus Engine; you play against the computer) online-co-op defense game. It’s still fort-related, and you get to team up with your friends to, literally, save the world.

Fortnite also offers V-Bucks, a cash shop currency used to buy the Battle Pass and cosmetic items. Any Battle Royale cosmetics can be used in Save the World, except for certain types like gliders.

Is It Worth Paying For Fortnite?

For some, paying for cosmetics just isn’t worth it, but if you have some spare money and you really like Fortnite, then why not? Fortnite: Save the World is an excellent co-op game, and Epic Games run regular events for it, but it’s better to wait for it to be on sale.

What is Fortnite: Save the World?

Save the World is a co-operative tower defense (or fort defense) game. You can explore maps to stock up on supplies and fight husks (zombie-like creatures) to complete objectives.

As you progress through the game, the maps get more challenging, and new types of objectives open up. You can collect heroes (similar to skins in Battle Royale), and there is a crafting element.

Save the World is regularly updated with new items and special events. Once you’ve bought the game, you no longer need to spend a cent.

Can You Play Fortnite Without Buying Anything?

Battle Royale is completely free, and you don’t need to buy anything to play it. You will have the exact same chances to compete (and potentially win), as everyone else, without spending a cent.

In terms of Save the World, you will have to buy it to play it. However, after the one-time purchase of the game, you won’t have to pay anything else. 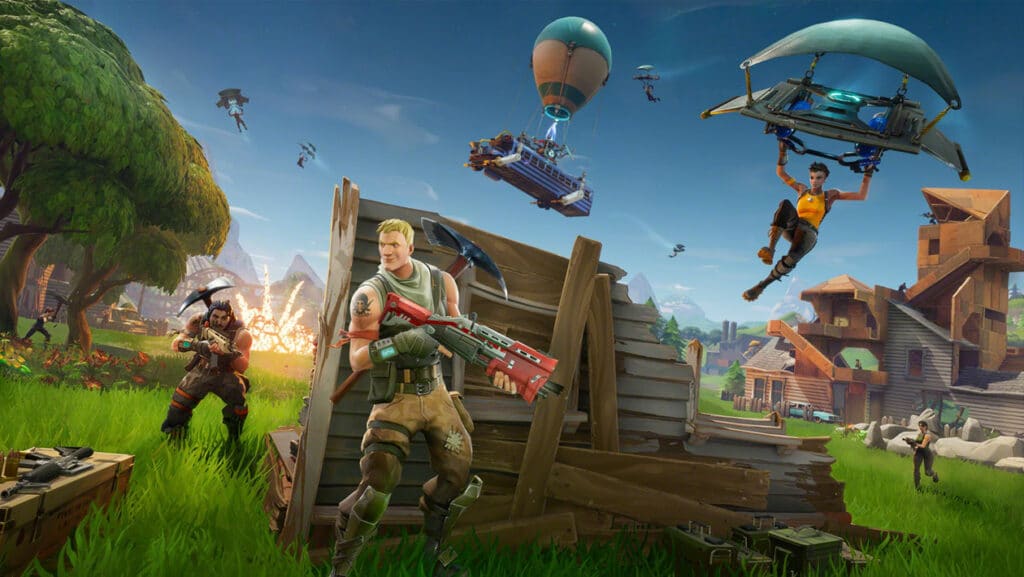 Battle Royale is completely, 100% free, and this includes creative mode and Party Royale.

How Much is The Paid Version of Fortnite?

Is Fortnite Free on PS4?

A Playstation Plus subscription costs $9.99 a month, but you get two free games a month, which you can keep, as long as you have a subscription.

Is Fortnite Free on PC?

Fortnite: Battle Royale is free on PC, although you will need a reliable internet connection. Fortnite: Save the World costs $39.99.

Is Fortnite Free on Xbox?

Battle Royale is free on Xbox, but you will need an Xbox Game Pass. Xbox Game Passes cost either $9.99 or $14.99 per month. You gain access to the Xbox Library of games, get four free games a month, and get all Microsoft-distributed games the day they’re released.

You can also purchase Xbox Game Passes for PC.

Is Fortnite Free on Switch?

Fortnite: Battle Royale is free on Nintendo Switch, but you can still purchase V-Bucks and items. The Battle Pass costs $7.99 or 950 V-Bucks.

To play online multiplayer games on Switch, you will need to add friends to your Switch account, which is free to do. However, if you prefer to use Fortnite’s online matchmaking, you’ll need a Nintendo Switch membership.

Fortnite: Save the World is unavailable for Switch.

Is Fortnite Free on Mobile Devices?

Battle Royale is free for mobiles and tablets, but Save the World is unavailable. You can still purchase the Battle Pass ($7.99) and other cosmetic items for V-Bucks. We also want to remind you that Fortnite is one of the most hacked games, so you should not forget about cybersecurity. To avoid data leakage and protect yourself from DDoS attacks it’s better to install a VPN on your device.

One difference between Fortnite free and Fortnite paid is whether you want cosmetics and the Battle Pass or not. However, the central part of paid Fortnite is the co-op adventure game, Save the World. If you’d like to check out Save the World, it’ll cost you well over $20, even on sale.

If you’re not interested in playing Save the World, then Fortnite is entirely free-to-play. Nevertheless, depending on which device you’re playing on, you may need to pay for online multiplayer services.

Big fans of Fortnite will probably find that paying for the Battle Pass ($7.99) is worth it, but occasional players should probably keep hold of their cash.

Save the World is a good game, but it can get repetitive, and you’ll need friends or online matches to get through the more challenging levels. This one’s better bought on sale. Perhaps if you find yourself with some extra money after claiming a casino sign up bonus, you can treat yourself to Fortnite paid.