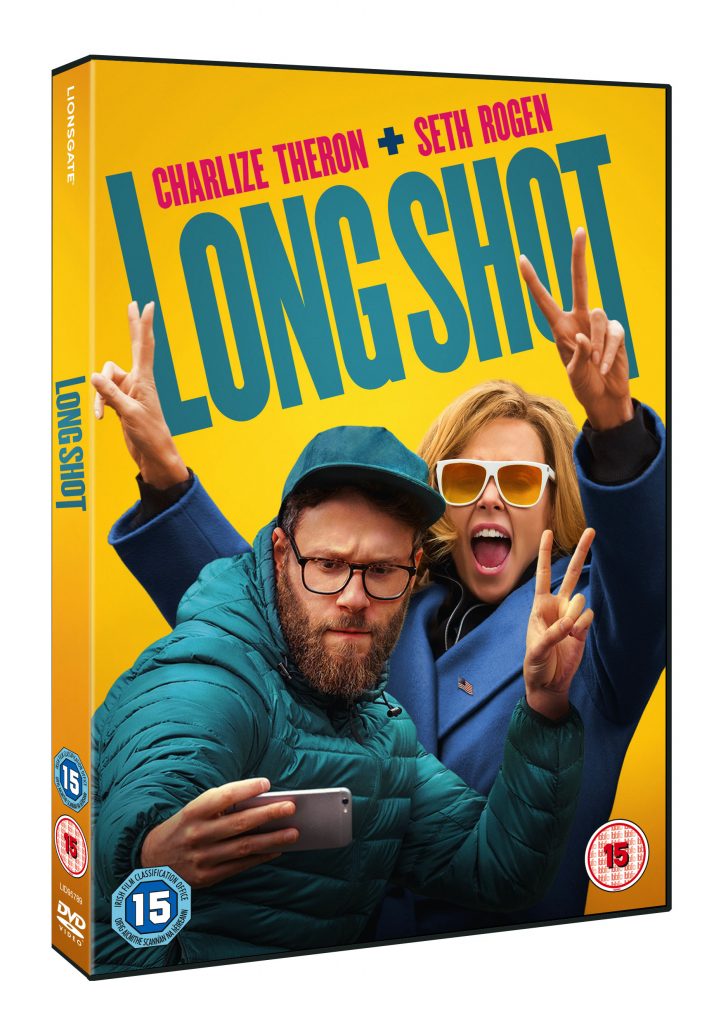 To celebrate the release of Long Shot we are giving two lucky winners the chance to win a copy of the DVD.

To enter for a chance to win, just answer the below question:

What position is Charlize Theron’s character running for in Long Shot?

a) Mayor of Los Angeles
b) US President
c) Prime Minister

To enter, simply send an email to info@ourculturemag.com with the subject line Longshot Competition Entry, and answer the question above in the body of the email.

An all-star cast feature in the hilarious rom-com which sees sparks fly between comedy superstar Seth Rogen (Knocked Up, This Is the End) and Academy Award® winner Charlize Theron (Monster, Mad Max).

He’s a hard-hitting political writer with a talent for trouble. She’s the country’s top diplomat with a talent for…well, everything. When Fred Flarsky (Seth Rogen) reunites with his first crush who also happens to be the current US Secretary of State, Charlotte Field (Charlize Theron), he charms her with his self-deprecating humor and his memories of her youthful idealism. As she prepares to make a surprise run for the Oval Office, Charlotte hires Fred to punch up her campaign speeches and their unmistakable chemistry leads to a round-the-world affair. But Fred’s carefree indiscretions, past and present, could bring down her campaign before it even begins. The film redefines “international relations” with a profane, funny and unexpected love.

Experience comedy magic at its finest in the side-splittingly funny LONG SHOT; arriving on Digital Download 30th August and on Blu-ray™ & DVD on 9th September.