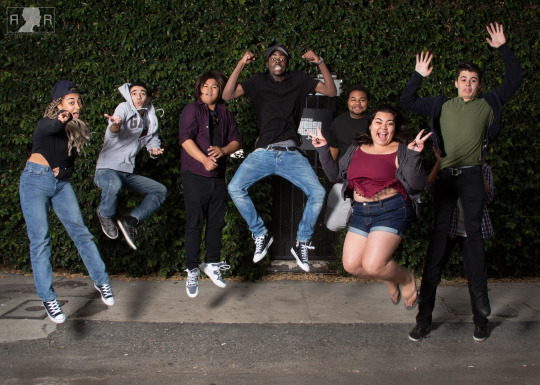 Carter Ace is a 5-person Hip Hop band from California, US. Fronted by O’Neil Carter. The band consists of a guitarist, Fahem Erfan, Bassist, Daniel Durant, Keyboardist, Arshak Amirbekyan, and Drummer, Gio Alford. This is our interview with the front-man O’Neil Carter.

Hello! How are you at this moment of time?

I’m chilling right now. Got nice clean socks on, the new project we’re working on is almost finished, short film coming out this year, I cool right now. Accomplished quite a bit for 2016 so far.

What made you start making music?

I grew up with a musician mother and stepfather and they’re music was very African but like salsa oriented too. It was really weird, I didn’t really get introduced to rap until middle school when Kanye made MBDTF then found out he also made Stronger and Gold Digger. Then I wanted to try it out but add my own sound that I grew up on.

Do you have a favourite meme?

Oh man! My favorite meme as of right now is the “why are you like this?” meme. Also, it’s not really a meme but I love the video of Kanye and Ellen where it’s super edited and he keeps repeating “I’m dead.” I’ve got a weird humor.

Describe your sound in 3 words.

I’d explain our sound as eccentric, universal, and subjective.

Would you rather make it big through years of work or through winning a single competition?

Basically the question is, would I rather be a evolving artist or a one-hit wonder. I’d much rather have a sleeper hit. Kinda like how Macklemore released Thrift Shop in 2011, didn’t pop until 2012, then won a Grammy in 2013.

If you could pick any song from any artist or band that you could claim as your own which track and why?

Oh man I love this question. Honestly I wish I made “Hey Ya” by Andre. He’s one of the greatest rappers of all time and could make a #1 hit with a song on a weird time signature wearing the strangest green outfits known to man. I love that man. I’d love to be that man.

What are you planning to do in the next year or so with your music?

In the next year, I’m hoping for a nomination on something. Grammy, BET, Kids Choice Award, whatever. I also really want to be touring and never being home. I’ve been home for the past 18 years, I’m ready to dip and adventure.

If you could collaborate with any artist who would it be and why?

At this time, I really want to work with either Francis & The Lights or Kanye West because they both really try to push the envelope in music. I’d also love to be invited to Ye’s crazy performances. I also love Stromae because he makes me embrace the fact that I speak French and try to add it to music. He’s amazing.