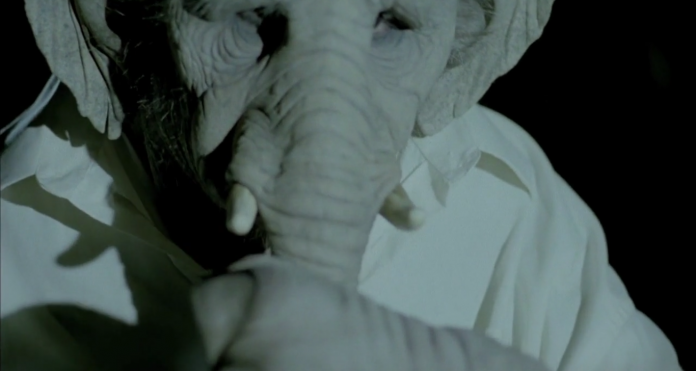 Elefante is about a man who is stuck in a dull and gloomy job, he has only one friend that he cannot stand, and his family loathes him.

This short film written and directed by Pablo Larcuen is a wonderful symbolic piece of art. I love pretty much everything about this film. From the style and its mise-en scene to the storyline and use of sound. This wonderful short really takes you on a journey and more than that leaves a thought with you after it’s finished.

The film is packaged very well and every element seems to do its job which what makes a good short film. I think the idea of a man becoming an elephant at first got me confused, but the slight comedic moments that this idea produced really turned this film into one of my favourite short films. One of my favourite things about the film was actually the costume. I really love this kind of style reminds me of Wes Anderson and this indie European filmmaking that really isn’t that popular amongst the mainstream. The actual story arc develops really well throughout the film. The selection of shots used really add to the story and at no point are wasted for any other purpose other than. One of my favourite transitions near the end of the film when the camera slides into a fading black and back out into the light into another time and scene, really define the fluidity of the film.

Overall, this film is very well packaged and made. It’s original and artful.

The Queen’s Gambit: 10 Differences Between the Book and the Netflix Miniseries