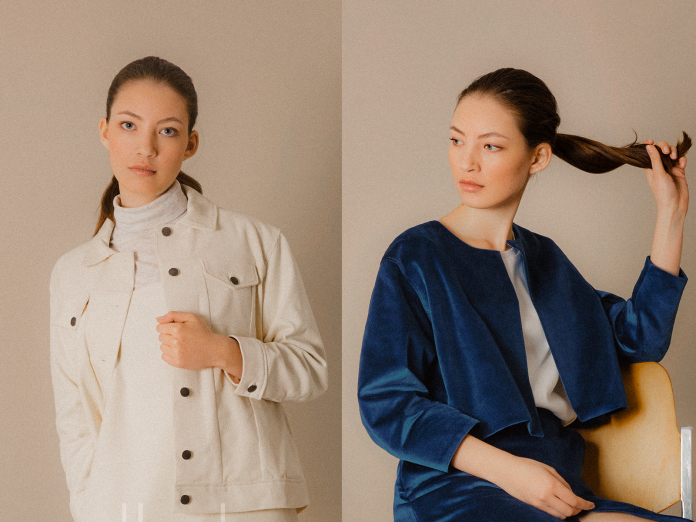 Wythe Bea is a British womenswear label formed by Sarah and Matthew Tomkins.

With the amount of experience both Sarah and Matthew have the label has progressed as expected in the time it has been running since 2016. Sarah and Matthew from Wythe Bea joined to talk about fashion and culture

Hello! How are you?
Both: Hello! Very well thank you

So, when did you realise you wanted to go into Fashion?
Sarah: I realized quite young that I wanted to do something creative – I always really loved drawing and making things, so decided from quite a young age that I wanted got to art school. I was a teen in the early 2000’s with the resurgence of customization and vintage clothing so that played a big part in experimenting with different looks and styles – I was always desperately trying to recreate looks from my idols of the time and would buy a lot of teen fashion mags like teen vogue and cosmo girl and try to figure out how to recreate some of the pieces as there was no way I was going to get my hands on them in the small town in Scotland where I grew up. The thought of actually working in fashion was something that never really occurred to me until I started art school as it was so far from my world.

When did you realise you wanted to start Wythe Bea?
Both: Wythe Bea came from us both feeling a little disillusioned about the industry we were working in. After studying design I decided to do a PGCert in Creative Pattern Cutting and after that it seemed I could only really find work as a pattern cutter. Which was great for a while but I was really craving being more involved in the whole process of design again. I have always thought about having my own business as I love the idea of having complete control from start to finish! When I met Matthew he was working as a print designer at Mary Katranzou and we met at a mutual friends housewarming party – we got on instantly and spoke that first evening about us both wanting to quit our jobs and try to do something for ourselves. It was few months later that we decided to do something alone together!

What it is like working together?
Sarah: It is really, really great! We love spending all our time together so this kind of seems like the perfect excuse! We are both quite similar – Matthew is really patient and meticulous and calm and so it never feels like work to be honest. We live together and work together and you might think that would be a nightmare but it just means we have so much to talk about and discuss so we are never bored in each others company.

Do you have any major influences?
Sarah: I don’t think that I have any one major influence, I am always really influenced by my surroundings and people that I meet and so that really varies. Since moving to Margate I am really drawn to very stereotypical seaside imagery, and the stigma that is attached to being an artist or designer that lives by the seaside. I have always been interested in exploring what is perceived as tacky or bad taste. And Margate with its faded glamour and tacky arcades is a constant source of inspiration. I think it is what drives most designers or artists, but I really love trying to find the beauty in what is perceived as ugly. 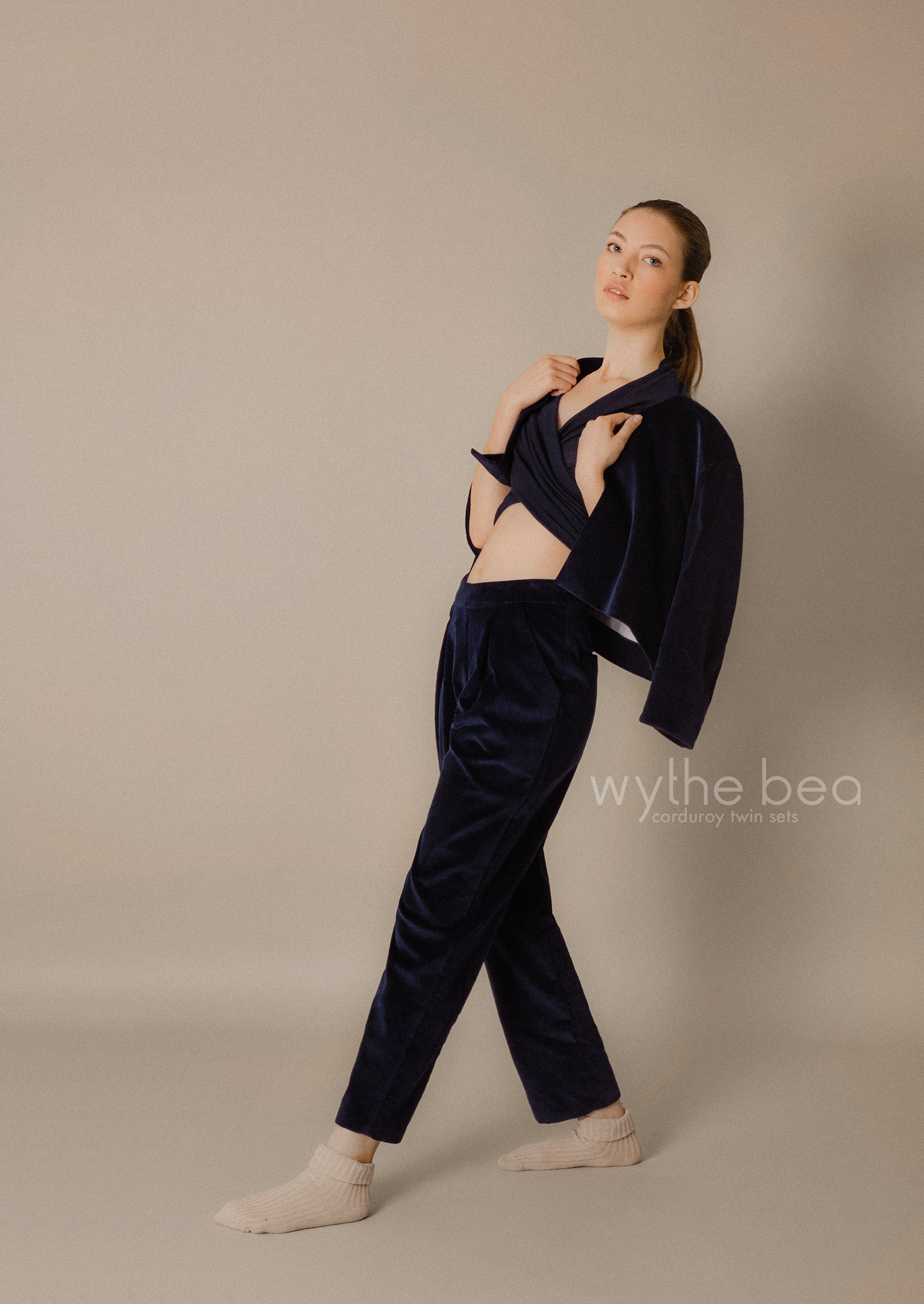 What do you think makes a good design?
Sarah: I think what makes good design is integrity, craftsmanship and it’s fit for purpose. It doesn’t have to be traditionally beautiful but perhaps should speak of the time that it was made or designed. I think if the design shows confidence and all the other elements align, it will be timeless.

If you could give any advice to a person that wants to go into fashion design what would it be?
Sarah: I would say be nice to people and treat people well. I think its one of the worst misconceptions of the industry that you have to be a beast to get ahead. Obviously in some cases that is true, but I think generally people want to work with nice, easy going people. It also annoys me when people have the attitude that because they were treated a certain way as an intern they then have the right to treat others the same when they are further up the ladder. Its all a process and a team effort and I think if you appreciate people you get a lot more in return. 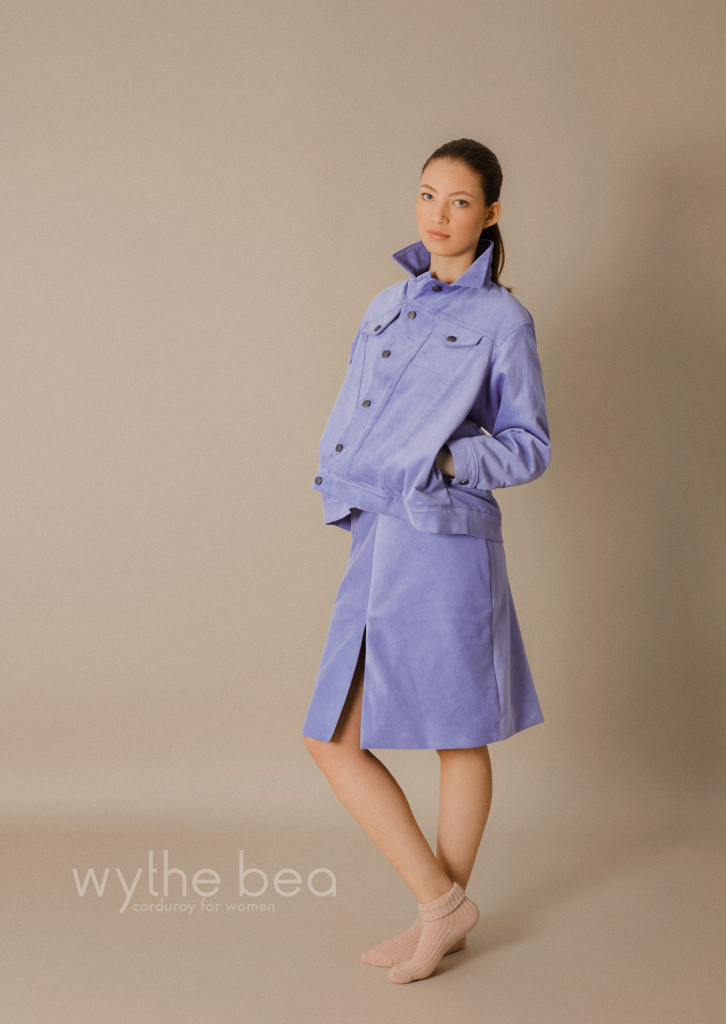 How long does it take to design something from scratch?
Sarah: Hmmm, a long time! The way we work is we talk about the look or feel, colours and ideas behind the collection for quite a while before we even begin doing any drawings. We then start thinking about shapes and I begin to sketch out initial design ideas. Then we start to toile the initial design ideas and that might take a while depending on how quickly we get it looking right. But things can change a lot in that time and often we come up with something completely different from the sketch. It also takes a few sample to iron out any design details like pocket type/ pocket location, fabrication etc. so I would say all in all to design a new collection it takes a good few months at least. Which I think is why a lot of designers are burning out these days as the rate that they are expected to work is completely unsustainable.

Do you have a favourite piece of work you designed?
Sarah: No, I am never really completely satisfied with anything which I think pushes us on to work harder which I suppose is a good thing.

Define your work in one word.
Both: Co-ords

How would you define culture?
Sarah: Hmmm, that’s a very tricky one. I would define culture as the collective ideas of society at a particular time

Sustainable fashion vs Ethical fashion: What is the difference?