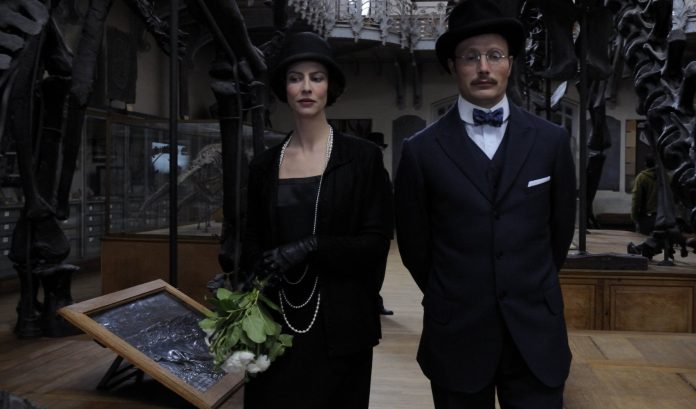 Directed by Jan Kounen, the film Coco Chanel & Igor Stravinsky (2009) stumbled through its unclear presentation but gave us a look into the world of two greats.

Firstly, the film was rather cold, but it was meant to be this way. The film starts of very uncertain, it seems like Kounen did not see the film from the audiences eyes but assumed the audience saw through his. I felt many things went unexplained and would only make it easy to access to fanatics of Coco & Igor. Additionally, there was a lot of throw away shots, simply needless scenes that do not add to the story, and make it last longer than it should.

So, the film itself doesn’t give much. It lacks emotion from main two characters as they are indulged in their egos, the actual acting from Katarina Stravinskaya was the only bit that introduced some sort of emotion into the film as she conflicts the relationship between Igor & Chanel. I really felt like she knew her cards and delivered. Pretty much rest of the cast were pitched down and up at points, made me feel that the film wasn’t fully in tune.

Now onto, the music. The music delivered, oh it delivered. I really feel the choice of costume and production design was done well also, I loved the choice of clothes for Igor and the interior design really showcased the kind of talent & attention to detail Coco had. Visually, it was also decent the scenes revealed us who was in power and the editing showed us what Igor was thinking – most of the time. The shots of Igor in nature after sexual intercourse and the relationship he has with the world shined through even thought it did seem I was watching him through a big glass that sometimes not let me in.

On the other hand, to improve the connection between audiences the film needed to cut out needless scenes and added more tension and grip by faster pace cutting, more dramatic music when needed to. For example, no scenes show us that Igor and Coco got caught cheating, there were no build ups no moments where the audience could be grabbed by their fingers and taken into the world around Igor & Coco. To make this film really succeed it had to focus on one character and really develop the world of that character more. The emotions needed to shine more. I feel we don’t see that much of the characters behind closed doors, and most things I feel need more polishing.

Overall, the film was average. It lacked connection to the audience. It feels unfinished and in the end rushed a tad rushed. However, it showed a lot of honest emotion two main characters were feeling, disconnection and unhappiness. To conclude, the ending needed to hit a bigger chord with the audience to really give us the impact it had a chance to do.