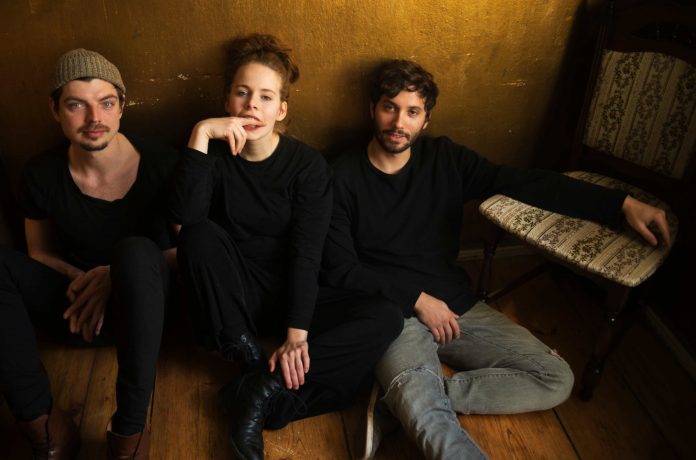 Having struck a strong chord with their fans JJasmine seem to be adding to the world of music with every key they use.

With their powerful single Demitasse released. JJasmine joined us for an interview to talk about music and culture.

We’re super excited and happy. Thank you for having us!

So how did JJASMINE form?

In the autumn of 2016, Adnan came across an advertisement of a music competition that has “peace” as the main theme. He wanted to participate, but didn’t know where to start. He asked some musician friends in Jordan if they’d be up to write a song for the competition. A couple of sessions took place, but things didn’t work as planned and he was left alone again. Adnan thought he’d abandon the idea, but decided to give it one last chance, so he made a post on a Facebook group for musicians in Berlin asking if anyone wants to write a song online. Jill was one of the people who responded and they immediately had the perfect chemistry. Giacomo and Michel joined on board and we all collaborated on everything from lyrics to the video. We submitted the song 9 minutes before the deadline and won the competition later on. Since then, JJASMINE turned from a one-song collaboration to a much more serious project.

How did you come up with the name JJASMINE?

It was hard to come up with a name in two weeks, especially that we’d just met at the time and didn’t really know each other that well. We wanted something minimal yet powerful. “Jasmine” was initially suggested, inspired by the nostalgia and memories that pop up in every Syrian’s head when you ask what they miss the most. If you ask a displaced Syrian about what they miss, they’ll most certainly answer “the smell of jasmine”. Jill and Giacomo suggested that the name would look better and more original if we’d add an extra J at the beginning. We all agreed and loved the way it sounds and looks!

How did Demitasse come about and what’s the meaning behind it?

“Demitasse” was originally a little poem written in Arabic by Adnan back in 2011, when he first moved to Jordan. The poem is narrated from a refugee’s perspective and features many cultural references to the Levant region, like demitasse reading, which is a fortune telling tradition that evolved in Turkey and was very common in Syria among the elderly. The refugee speaks to their long lost grandmother and ask her to predict the future, hoping it’s a bright one.
Adnan translated the lyrics to English and sent them to Jill, who rearranged them to fit within the music that was mainly proposed by Giacomo. The older version of the song was so much different than the final product. We all composed Demitasse, recorded, mixed and mastered it. Using tons of emails, messages and Skype sessions.

Are you looking to make more music like Demitasse or is this one off?

We’re working on our debut album at the moment. We don’t think much about how the song will turn out while writing. We just go in the studio and start brainstorming! We don’t feel the pressure to fall under one sound or vibe. We love to experiment and try new instruments. Concept wise, we’re going more personal. The new songs tell our stories, or stories that happened with our close friends.

Describe your music in one word

Describe yourselves in one word

To us, culture is an identity that’s based on one’s experiences in life. Unlike the common definition of it, culture is a very personal trait to us. And we express it the way we find best. For example, our own personal cultural behaviors may differ from those that surround us, or the places we come from. And by cultural behaviors we mean the things we do to define who we really are, whether they’re actions, sounds, images or words. And here comes our anti-stereotype attitude towards people who classify others based on where they come from and what “culture” is practiced there.