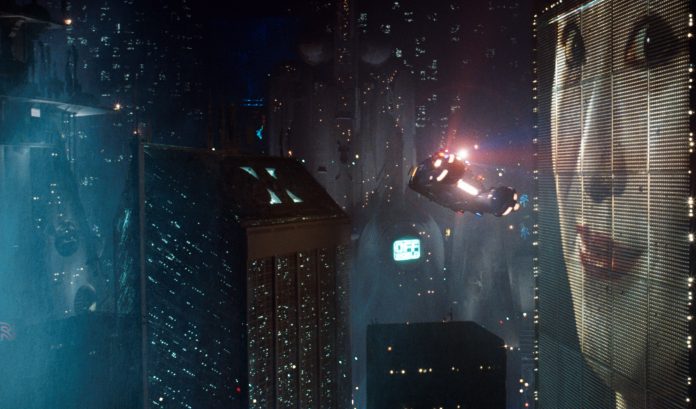 Ridley Scott’s timeless and masterful cyberpunk neo-noir science fiction film Blade Runner offers a look into a world that could be and an insight into humanity.

Blade Runner (based off of Philip K. Dick’s ‘Do Androids Dream of Electric Sheep’) came out in 1982 to polarizing reviews and a low box office taking in just $33.8 million from a $28 million budget. With some criticising it’s pacing, it’s production design and effects were celebrated. Nowadays the film is cited as a masterpiece and one of the best in its genre.

The film is set in 2019 futuristic Los Angeles and follows the story of Rick Deckard (Harrison Ford), an alcohol dependent ex-police officer who is brought on to ‘retire’ (kill) four replicants that have come to Earth illegally to find their maker and extend their four-year life span. The people who are ordered to kill replicants are called Blade Runners. The leader of the gang of Nexus-6 replicants is the highly skilled and highly intelligent Roy Batty portrayed intimidatingly by Rutger Hauer.

Jordan Cronenweth’s stunning cinematography and Lawrence G. Paull’s wonderful Production design puts us into a paranoid noir world, with strong gloomy and shadowy elements that hide the city and the people in it. Deckard walks down dimly lit streets and lives in a dark and dirty apartment, this creates the noir look and feel of the film and tells us much about who Deckard is. Vangelis’ dark, iconic. Mythical and dream-like soundtrack scatters across the film, so memorable yet never distracting from the visual it is such a fascinating element to the film that it brings feeling to it, it merges into the atmosphere that you can’t separate it from the world you are in.

Ridley Scott considers Blade Runner to be “probably” his most complete and personal film. I find the themes explored say what Scott wants to say. The film creates a state of paranoia, with one of the first shots being of an eye, reflecting the city of LA, giving a sense of a big brother watching over the world followed up by continuous blimps surrounding the sky shining lights down on the city as no one can seem to escape them. I also find the theme of humanity as a center point, it seems that the replicants show more emotion, empathy, and mercy than the humans do. Every human is alone, although the share scenes and dialogue with others ultimately they do not show emotion to one another rather Deckard lives by himself in a filthy apartment, he doesn’t seem to have friends or family, he drinks endlessly and when trying to share his feelings he does so in a violent way, (The original cut included voiceover by Deckard) this builds upon the detective noir character that he is. This is also the same with J. F. Sebastian (William Sanderson) who lives in a crappy apartment, all by himself expect he surrounds himself with toys and robots, not humans. Meanwhile, the replicants show compassion to not just replicants but to humans as well and although we know and have seen that the replicants do kill, it is no different to what humans do. Other themes explored include religious symbolism, social aspects, love, memories and even eyes, which feature prominently throughout the film.

Featuring great acting and characterisation, striking visuals, an unforgettable score, a fantastic ending and probably the greatest monologue ever delivered Ridley Scott’s Blade Runner will forever be admired and commemorated. An incomparable masterpiece Blade Runner ends on a question that needs an answer and with the upcoming Blade Runner 2049 (Dir. Denis Villeneuve) I hope the film delivers.