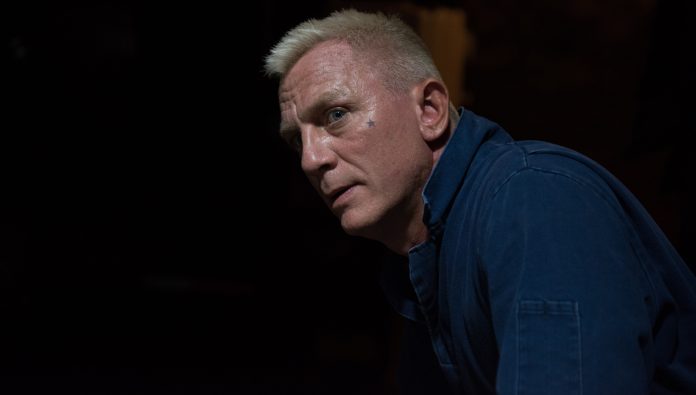 Daniel Craig is the high point in the warm-hearted yet insipid and uninspiring Logan Lucky.

Logan Lucky, Steven Soderbergh’s first film in four years, is a crime-comedy caper following two brothers, Jimmy (Channing Tatum) and Clyde Logan (Adam Driver) in North Carolina. Jimmy loses his construction job due to a disability with his leg, whilst Clyde is an amputee who fought and lost part of his arm in the Iraq War. The brothers are on a quest to pull off one last heist together in order for Jimmy to be able to afford to live closer to his daughter. The heist is at a NASCAR event where Jimmy’s previous job was based. Later, the brothers realise they’ll need specialists for the job and recruit expert safecracker and convict Joe Bang (Daniel Craig). Craig’s brilliant portrayal of the wacky Joe Bang is the standout performance throughout, and it is refreshing to see a reminder of the fantastic character acting that he possesses away from his roles as James Bond. To complete the line-up, Joe’s brothers Fish (Jack Quaid) and Sam (Brian Gleeson) come along for a wacky and enjoyable ride too.

However, Rebecca Blunt’s screenplay starts to crumble. Before I get into this, if you aren’t aware, credited screenwriter Rebecca Blunt, supposedly does not exist according to The Hollywood Reporter. Whilst Sodebergh has a history of pseudonyms on his individual projects, we have no idea who really is the writer at current, but I’ll refer to whomever the writer is as ‘Blunt’ The story begins to slowly drag by and it lacks any real obstacles, following the initial set-up, for our protagonists to overcome, resulting in the inevitable “How are they managing to get away with it all so easily?” screaming in the back of your head. Your willing and sustained suspension of disbelief is about as likely as this film taking home an Oscar for best picture. The biggest challenge we see the characters embark on is mostly the race being brought forward a day, and forcing them to time their plan of action accordingly. To simplify, they get in and get out with minimal hassle that is not fitting of a dangerous summer action blockbuster with such good filmmaking potential.

Although, it is enjoyable to embark on this journey with our protagonists. Despite Craig’s limelight stealing performance, Tatum (particularly) and Driver manage to uphold the fun-loving, close knit relationship of two loyal blue collar brothers. We empathise with each and are rooting for them to do succeed the entire time. The film just simply makes it too predictable and at times mundane, and we know that it will all be okay. As the plot thickens, FBI agent Sarah Grayson (Hilary Swank) eventually arrives in as one of the FBI agents investigating the heist, just for her character’s threat within the film to fizzle out into nothingness almost immediately. It is almost as if her character serves next to no purpose. Similarly, with NASCAR driver Max Chilblain (Seth MacFarlane), who’s attempt at an English accent leave you in a permanent state of cringe even when you are out of the cinema. It felt like both of the two were there for profit, rather than artistic reasoning, and that Soderbergh had little idea how to round-off their character arcs.

The frustration with Soderbergh’s film majorly derives from the continued sense of lingering that the film gives off, with you always anticipating that the next sequence will be the really exciting part. Ultimately, it never arrives and the resolution leaves you disappointed and wondering what could’ve been. The film doesn’t meet the filmmaking standards of the Oceans trilogy, nor the excitement. But if you’re after a trademark Soderbergh film, it is definitely that, with the only major difference being the setting and quirkier relationships.

Logan Lucky is to not be taken too seriously, and if you can forgive the poor writing and lack of excitement, then you are in for an enjoyable and casual film featuring a weird and wonderful Daniel Craig.

Review: Logan Lucky (2017)Logan Lucky is to not be taken too seriously, and if you can forgive the poor writing and lack of excitement, then you’re in for an enjoyable and casual film featuring a weird and wonderful Daniel Craig.