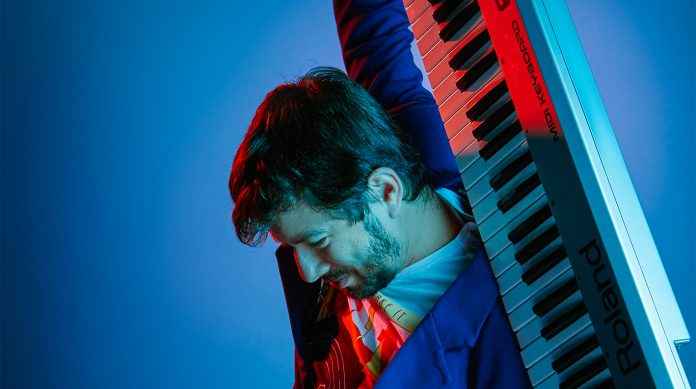 80’s driven music producer Highway Superstar is on the rise.

With his latest single ‘Maybe I’m Fallin’ In Love’ released the man himself Highway Superstar joined us for an interview to talk about music and culture.

Pretty decent, just released a single, and hard at work on my live set for gigs in Russia and Sweden during November.

That sounds exciting! So you love 80’s music how did that come about?

Your latest single ‘Maybe I’m Fallin’ In Love’ is an 80’s romantic themed song, how did that come about?

The music came first. Then I started humming “maybe I’m fallin’ in love” as a catchphrase, that went down for a certain period of time, the lyrics followed after a while.

What is like collaborating with other artists on your songs?

I love everything about it, and I love the artists I collaborate with. The real magic happens when everybody brings something of their own to the table to create something together. It’s not something that you can channel when flying solo.

What would you say are the biggest challenges you face when starting a new song?

Highly depends on how the songwriting process began. If it’s music being written first, I’d say I’ll have to spend some time thinking about the lyrical concept, for example.

If you could describe your music in one word what would it be?

I’m not sure I would, even if I could.

As I’ve previously mentioned, live shows in November in Russia and Sweden, I’m also heavily invested in writing more material so hopefully, I’ll come up with a new song or two before the year ends, but mainly focused on writing my third album.

And for our final question, what is your definition of culture?

Culture to me is the physical manifestation of the spirit in the human experience. The way we walk, talk, dance, think, write. It’s what most try to preserve while some are trying to destroy.

Thank you for giving us a chance to interview you! Good luck with your projects!

To find out more about Highway Superstar you can follow him here and here.