A Quick Look Back at Goldeneye 007 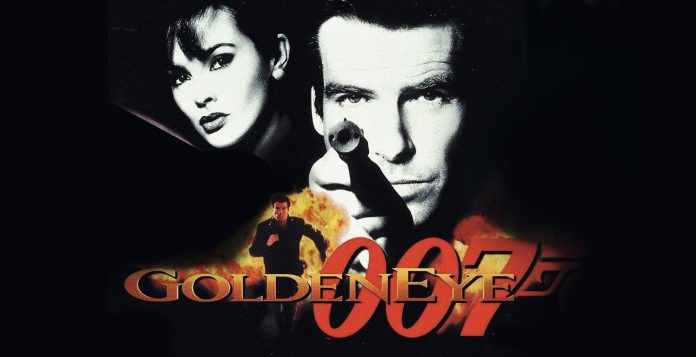 Released on the 24th of August 1997, Goldeneye 007 was a true rarity among console games and is far from what we might consider a traditional game for a Nintendo platform. Released as a first-person shooter from the most family-friendly console developer, Goldeneye came with some of the most advanced shooting and response mechanics we had seen yet. While the game itself could never reach Doom regarding opening the entire genre up to the world, there were many innovations and additions which helped popularise Goldeneye as one of the best Nintendo 64 games, and as one of the most influential games of all time.

Goldeneye existed back in a time where a traditional level-based structure was standard. Released over a year before the success of Half-Life would shift the focus of single-player campaigns to the more connected and naturally flowing form of levels and level progression, Goldeneye gave its players a level-select screen. 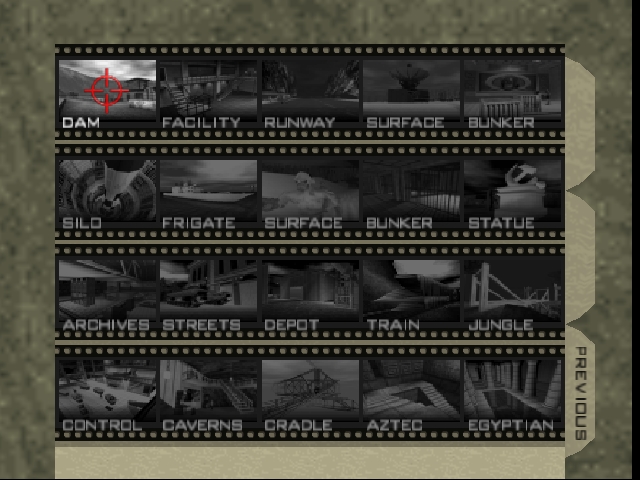 While a couple of these would share the same maps the rest were completely unique, with each managing to pull off a remarkably distinct feel given the hilariously outdated limitations of the N64 and its cartridge-based format. Seriously, for our younger readers out there, your phone is at minimum ten-times as powerful as the Nintendo 64, and that’s if you’re using an incredibly outdated model.

This focus on single and separate levels not only allowed for the crafting of isolated maps, it also played a key part in how the difficulty system would come to affect the gameplay. Goldeneye came with four different levels of difficulty, Agent, Secret Agent, 00 Agent, and 007, from easiest to hardest. Each step up in difficulty increased the damage taken by the player as well as the enemy accuracy, reaction speeds and, in many cases, the quantity in which they appeared. Countered by a decrease in ammo pickups from killed enemies and a lower quantity of body armour, and you have a system which is similar to the more advanced difficulties settings of today. What really set these difficulties apart, and gave this game so much replayability, were the objectives.

As the difficulty level increased the more objectives would be added to each level, completely changing how each level would be approached. Combine this with the different tactics required to manage the increased threat, and you had a system which, even today, few games manage to match.

For an example let’s take a look at Dam, the much-loved first level. On the Agent difficulty, the player needed only guide Bond to bungee jumping off of the dam, nice and simple. Secret Agent difficulty and above added the requirement to destroy every alarm, as you would expect the murder of many guards by a secret agent to trigger something of an aggressive response. On the highest of the difficulties, players would also be required to install a convert modem to aid in data theft, as well as intercept a data backup to send back to MI:6. This variety proved a huge sticking point and is a means of changing the challenge which we really wish had stuck around, rather than today’s more common approach of simply decreasing damage done, and increase damage taken.

Not content to just offer one of the best single-player campaigns in gaming history, Goldeneye went a step further in creating arguably the most famous console-based multiplayer shooter experience of all time, maybe just behind Halo. Up to four players could fight simultaneously on the eleven different levels, each choosing from dozens of unlockable characters. Combine this with a highly varied and customizable weapon set and you had a widely varied deathmatch game where each player or group of friends had their own favourite setup. 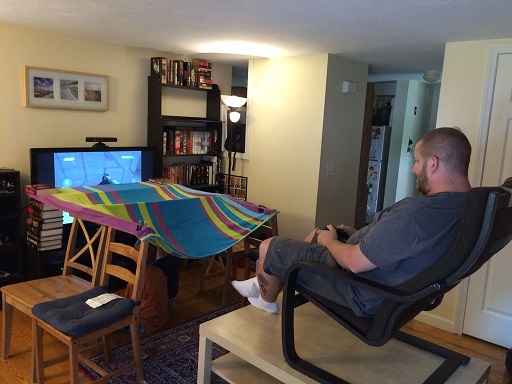 What is especially impressive here is that the multiplayer in Goldeneye was only added within the final weeks of production, with the idea being written off by some of the higher-ups as unwanted or unnecessary.

Such an experience on a single screen was a revelation, with nothing on PC or other consoles coming close to the fun which this opened up to the world. For many, it also happened to mark the first time they saw somebody physically attack another person over a video game.

Aiding the variety of both the single and multiplayer Goldeneye experience was the addition of various cheats. These were unlocked by beating specific levels on specific difficulties, within a certain time. While not the first instance of unlockables based on completion time, this would prove itself as one of the first introductions which countless players would see into something new – the concept of speedrunning.

Almost twenty years since its release and Goldeneye still maintains one of the most active and diverse speedrunning communities in the world, with work from community figureheads like RWhiteGoose helping raise the level of professionalism of the sport, while maintaining the humour which can notoriously suffer in the age of mainstream speedrunning.

Pick up and play Super Mario or Doom today and be amazed at how perfectly they hold up. Goldeneye, however, was not quite so lucky. Most of this comes down to a framerate which topped out at 30 at the best of times, and could easily drop to the low teens in the more resource intensive of levels.

Because of this, it can be incredibly difficult to get back into the game or jump into it all for new players. This slowdown is much worse in the multiplayer as well, with the FPS dropping to single-digits in the worst case scenarios. While there was a direct remaster planned for the Xbox 360, which would have seen a perfect locked 60FPS experience, this release never saw the light of day, leaving our choices unfortunately limited.

As it stands today, the only real way to play Goldeneye with decent performance is to emulate it with a very helpful program developed by Joel Middendorf called 1964. While you should at least have a legal copy of the game on hand to make this ethically sound, it does allow old fans to jump back into an experience which holds up incredibly well. It says a lot that a simple performance boost is all this game needs to still hold its own today, even translating extremely well to a mouse-and-keyboard WASD setup.

The legend of Goldeneye is one permanently marked into the history of gaming. Acting not only as one of the most progressive entries into gaming at the time, but as a game with one of the most enduring legacies, Goldeneye will forever be remembered as a cornerstone of the art. While much of the team who created the game would go on to create the amazing Perfect Dark, and then almost perfect Time Splitters series, it is Goldeneye which remains their greatest legacy.