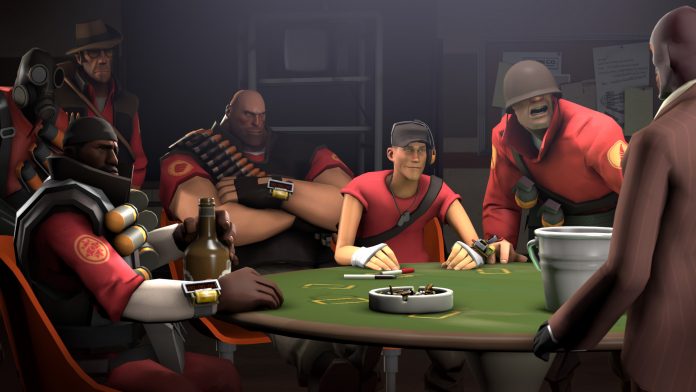 To say that gaming is an enormous industry would be an enormous understatement, with the industry already well past bringing in more than even the US film box office. This isn’t just in terms of profit either, as gaming also gives those involved some of the widest spreads of genres and forms of engagement in all forms of media. Given this variety, it is only natural that there are elements of contention within the industry, and that’s what we want to look at today.

What parts of gaming most effectively draw battle lines within the community, and why do fans and detractors both remain so steadfast in their defense?

Yes, believe it or not, there are those who enjoy strict time limits within games. While my position is obvious, given the opening sentence, this is also one of those areas where I really can understand and appreciate those in favor of strict time-based systems.

On my side, I find time limits stressful, and I don’t play games to be stressed. The feeling, that cloying at the back of your mind while making any move, is incredibly effective at ruining the experience for many players. It can make sense within the gaming world, it can be logical, but it still brings flashbacks of Sonic underwater, and that’s not even a particularly egregious example.

Players in favor of time limits tend to approach their games with a different mindset, one which is less flustered and more focused on efficient tactics. Acting within a time limit means each move must be measured and enacted with a degree of skill or insight, as a challenge welcome to be overcome, rather than dreadfully avoided.

Back in the day, health was collected, not given freely. Whether through mushrooms on Super Mario Bros or medkits with Doom, health had to be measured and planned around, sometimes hugely in advance. While far from the originator of the concept of regenerating health, credit is often given to Halo 2 in popularizing the system for mainstream AAA gaming.

Detractors of the regenerating health system are often put off by how this feature can simplify gameplay to an uncomfortable degree. Instead of planning encounters ahead and winning or dying by your own skill, battles could instead be fought by playing hide and seek. Take a shot? Go into hiding while the much-hated ‘red-jam’ screen effect fades away, after which the process is repeated. 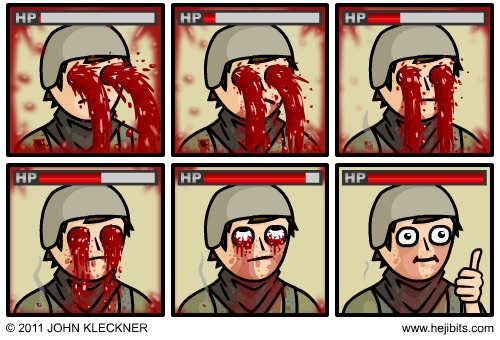 On the other side, we have to take into account how the best-laid plans of mice and gamers often turn to crap. In games without any sort of regenerating health systems, there can be major issues of being stuck in unwinnable scenarios, or at least ones so close to it as to have no real difference. This can be especially problematic with auto-save systems, as many of us have been on the receiving end of being thrown back to saves from which there is no possible recovery.

Fortunately, modern systems have been tackling both sides of these issues, reaching compromises which help reach a comfortable middle ground for many players. Common today are systems which regenerate partial health, meaning that players always have a chance, and manipulated enemy behaviors help further mitigate potential problems.

Of these systems, we’re big fans of what the developers at ID have termed push-forward combat. In this style, health is taken directly from enemies killed in spectacular fashion. Combined with the dodgeable projectile shots for which many Doom games are synonymous, and players are left with a system which inspired those in trouble to get more aggressive, and less cowardly.

Another big one, and another one which owes its popularity in no small part to the success of the Halo franchise. Rather than the cartoonishly ridiculous carrying of a dozen weapons at once, games often decide to limit weapons to two or three.

Personally, I’m a bigger fan of the ridiculous Doom method of carrying many guns at once. It makes no sense, but it allows for a huge amount of on-the-fly tactics and problem-solving. Here, each weapon acts a solution to the different problems of monster types, locations, numbers, and remaining ammunition and health. Then, I’m more of a single-player gamer, which could easily color my perception.

The advantage of a few weapon system is also one of tactics and is especially useful when it comes to the world of multiplayer gaming. Here, players can narrow and specialize in certain weapons and weapon combinations, with more emphasis on how to work with what you’ve got, rather than how to throw everything you have. Combine this limited choice with a class-based system, and you have players able to choose their own specific load outs which work the best for them, effectively giving us a way to express ourselves within the digital world. 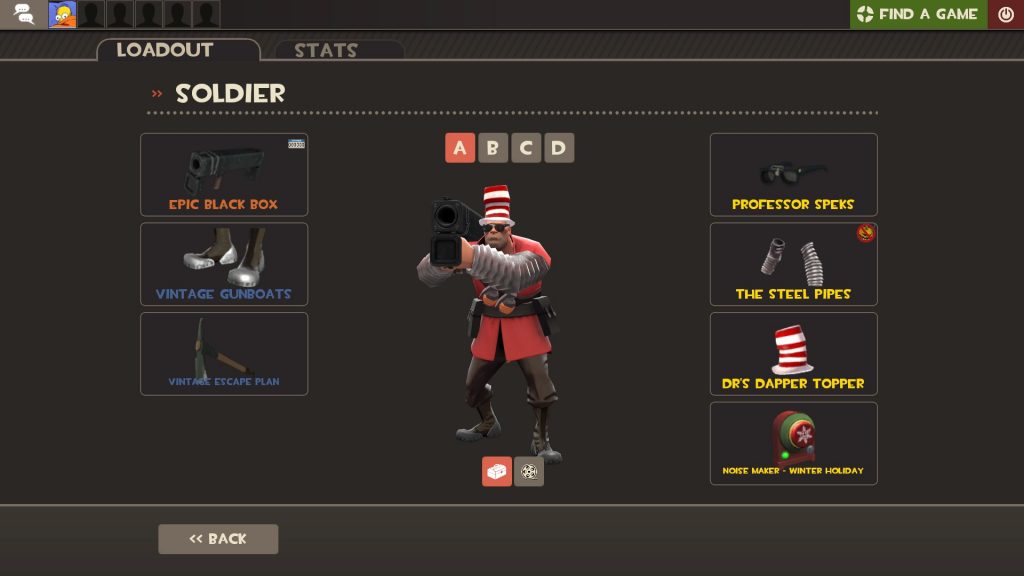 Sure, this might be the most cowardly Team Fortress 2 loadout ever created, but it’s also a perfect fit for my playstyle.

Certainly not the most generous of terms, but probably the one which is so far the best understood. Walking simulators is the unofficial term given to games like Dear Esther and Gone Home – games which focus on telling a story through straight observation more than direct interaction. In this, they could be seen as a lot closer to video than a game, and in this, the level of contention within the gaming community can be incredibly high.

Detractors of this genre, if you want to call it that, often focus on the lack of actual gameplay in these games, with the idea being that games should place interaction as the foremost important component. There are also many who turn against these for the fact that they often take remarkably little actual time to finish compared to their more mainstream contemporaries, yet come out at prices which do not reflect this limited length.

Personally, while these don’t hold a special place in my heart, I’m a big fan of the variety these bring to gaming as a whole. These seek to expand the definition of video games, rather than adhere to some nebulous ruleset created by internet commentators, which I fundamentally believe is good for the evolution of gaming into something more.

While the price has certainly put me off purchasing many of these at release, it should be noted that calculating entertainment or personal value as a metric of time and money is an enormous disservice for what story-telling can offer, and only serves to impose arbitrary limitations on what is still an industry with considerable room to grow.

It should also be understood that this is one of the genres which stands to gain the most with the upcoming mass-validity of virtual reality device. One of the many reasons people dislike walking simulators is their inability to feel engaged, often through no fault of their own, so these involving devices offer huge promise in creating more relatable and realistic worlds.

What Makes You Mad?

These might not even be in your top ten of what you consider the most divisive parts of gaming, so let us know your feelings below. Whatever your view on these aspects of gaming, at least we can find joy in the fact that gaming is so widespread that there will always be alternatives which avoid the annoyances which tap our frustration buttons.

It’s also important to remember the subjectivity which comes with each of the ideas in this article. While there are often black and white areas in life, this is most certainly not one of them. Just because we like or hate something doesn’t mean it is right or wrong, and the more people accept this the healthier the gaming community will become.