From its showing at the BFI London Film Festival, Panos Cosmatos’ Mandy is something else. It’s as if Mad Max (1979) was a video nasty, showcasing an artistic flare unlike anything in cinemas today. Mandy is an exceptional piece of filmmaking. Its visuals are sublime, its brutality is striking, and its moments of humour are wickedly funny.

Set in 1983, Mandy (Andrea Riseborough) lives in the woods with her logger boyfriend, Red (Nicolas Cage), where she draws and sketches. They lead a quiet life together, one of clear and deep affection for each other. When out walking in the woods, Mandy is seen by Jeremiah Sand (Linus Roache), an enigmatic Manson-esque cult leader, and his followers. Sand is immediately obsessed with her, and commands his obedient devotees to abduct her. To do so, Sand’s cult turns to a demonic group of leather-clad not-quite-human bikers who carry out the abduction with a ferocity befitting an early-80s slasher. What ensues awakens the proverbial sleeping giant in Red as he loses all ties to sanity in his quest for vengeance.

Mandy exhibits a very simple narrative; practically that of Mad Max but presented with the visceral quality of Wes Craven’s Last House on the Left (1972). But make no mistake; the simplicity of the narrative is one of the film’s hidden strengths. The audience is able to very quickly grasp the parameters of the story, enabling the film’s astounding visuals to amaze without distracting from one’s understanding of the plot.

This simplicity also provides a broad canvas on which the cast can flesh out their characters. Much of their depth is communicated through the visual, and Cosmatos exhibits an assertive command of the images he selects. Following a particularly harrowing ordeal, Red paces in his bathroom, covered in blood. Cosmatos doesn’t cut away, and we are forced to linger uncomfortably on Red’s anguish. Red’s personal horror is inescapable, and we are not permitted to look away. Extended shots like this are peppered throughout the film, and encourage us to really look at the character before us.

Nicolas Cage is wonderful as Red. Moments of reserved contemplation are juxtaposed to violent outbursts, and Cage beautifully performs a person whose experience has changed them irreversibly. At one moment we’re laughing at the absurdity of Cage’s brilliant facial expressions, the next we’re weeping with him. Red is a truly dynamic role for Cage.

Andrea Riseborough is remarkably hypnotic as Mandy, a person clearly haunted by their past, one that involved their father teaching them how to kill baby birds. Riseborough’s performance is melancholic and withdrawn, as if Mandy isn’t totally on our plane of existence. Again, the film’s visuals amplify this, as extended slow-motion shots of Mandy’s angelic gaze draw us into her otherworldliness.

The bursts of wicked comedy work both to relieve us from the brutality of the proceedings, and to immerse us into the madness; our laughter taking us a step closer to Red’s mental destination.

The aforementioned bikers are horrifying. We’re unable to tell whether or not they’re actually human. Wearing masks that seem to blend with their very skin, and with voices one could scarcely call human, the bikers are a dark perversion of those seen in films like Mad Max 2: The Road Warrior (1981); perhaps more akin to Jason Voorhees than Lord Humungus.

Mandy’s colour palette is phenomenal. The film is gorgeous to look at as shots are bathed in blood reds whilst the intense film grain lends a dreamlike quality that often slips into nightmare. Complimenting this tone is a selection of animated sequences throughout the film (including a striking vision of a naked woman emerging from behind the carcass of a huge bear-like animal). These sequences communicate both despair and beauty in a similar manner of those seen in Yoshimitsu Banno’s Godzilla vs. Hedorah (1971). Indeed, much like those in Hedorah, the initial delight one feels at their appearance quickly gives way to unease and revulsion at what the present and mean.

Mandy also feels very authentic to its 1980s setting in a manner that seems more genuine than other current 80s throwbacks. Netflix’s Stranger Things is highly entertaining, but its 80s nostalgia is largely achieved through visual or dialogue based references. Mandy feels closer to an 80s product in its very construction. It’s true that in one scene Mandy and Red are watching 1982’s Nightbeast on their TV (a visual reference), but the 80s authenticity comes from elements such as the practical makeup and gore effects, the costume design, the fictional book that Mandy reads (a perfect pastiche of 80s fantasy novels), and the hilarious Cheddar Goblin advert – whose presentation is so authentic that this critic wasn’t aware it was fictional for a good thirty seconds before clocking the joke!

Mandy is indeed something else. It is an experience unlike anything else in release. Panos Cosmatos has constructed a surreal horror, at once repulsive and beautiful. With its simple story told through vivid, nightmarish visuals, Mandy is sure to become a cult favourite all of its own. 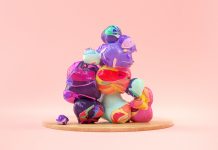 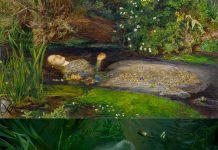