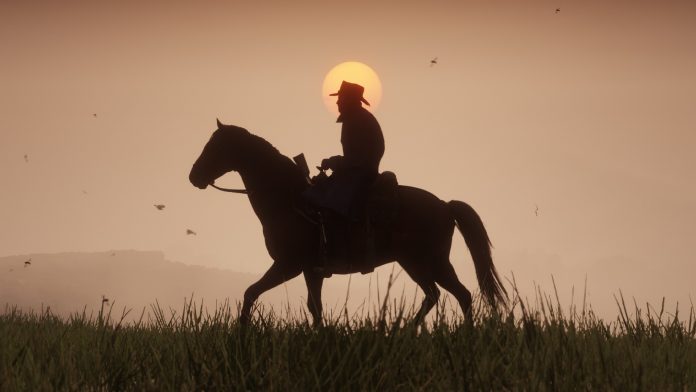 It took a while, but after a few dozen hours within the Red Dead Redemption 2 campaign I finally managed to reach the end-game. I’ve been burned before, but even so, my hype for this one was the highest I’ve had since Doom 2016. Although the game is not without its hiccups, I’m happy to report that this is one well worth the purchase.

RDR2 is a prequel to Red Dead Redemption, following alongside Dutch’s gang as they do their best to escape the authorities, and attempt to establish themselves as free-folk in an increasingly lawful world. Players who remember the original will note a few of the characters who were mentioned or appeared playing an important part. Chief among these are the leader Dutch Van Der Linde, the loyal Bill Williamson and Javier Escuella and, most importantly, the former playable character John Marston.

We don’t want to run any spoilers for those who have not played the original but suffice to say that those who did should understand going a little about the inevitable attitudes and fates of these key players. While this does give a greater appreciation of how their characters evolve throughout the experience, it also runs the issue of many prequels have of laying bare a somewhat predictable path for these known few.

Not that this is inherently problematic, as it also gives an interesting case of giving depth to those whose fates we know, those who have changed, and those who remain fundamentally the same throughout both games. 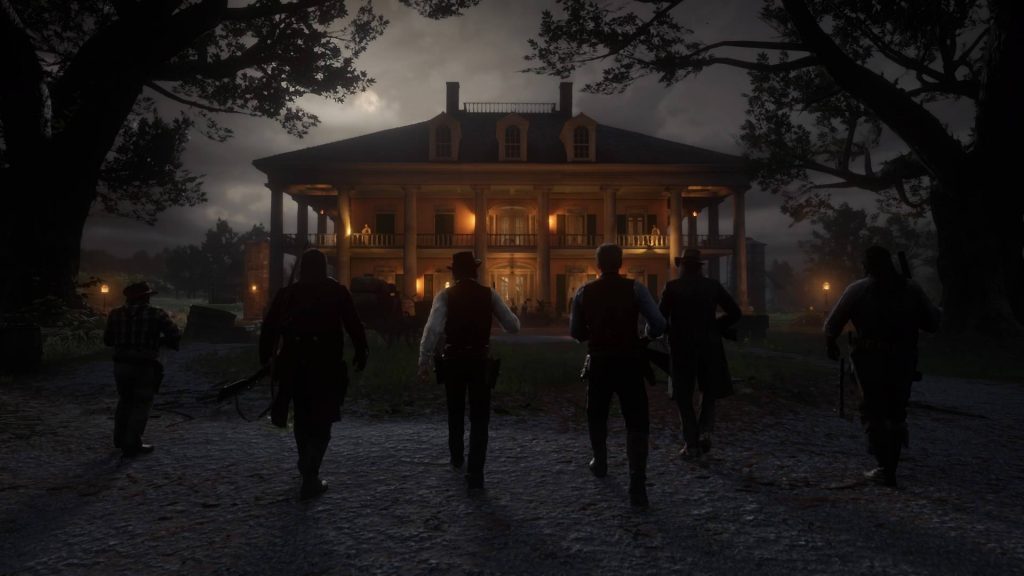 In RDR2 the player controls Arthur Morgan, a founding member of Dutch’s growing family of gangsters, and one of his most dedicated and trusted followers. Morgan understands his place as an outlaw and a killer, and while he doesn’t consider himself a good man by any means, he still strives to rise about the chaos of the worst examples of the Old  West.

This runs an interesting dichotomy, with Morgan doing his best to stick to his moral code among the ever-worsening situations he and the gang find themselves in, and the growing unpredictability and occasional brutality of Dutch himself. As the gang start the game just having failed in their attempt at their one last big score, Morgan’s weariness is a driver of his character growth throughout the game, as each twist along the path makes it increasingly difficult to hold himself to his code, testing his loyalty both to Dutch and the supporting members of the gang who rely on his guidance and leadership.

Aside from the main story, players will find themselves given side-activities from both camp members and strangers out in the world. These run the gambit from heartbreaking to hilariously ridiculous, and some can be tied to camp locations, so completionists should be sure do all they can before continuing the main story. Also included are little random events which players will stumble across in the world, the range of which continued to surprise even into the endgame.

There was some concern going into this game that the characters might end up going the way of GTA, as more ridiculous caricatures rather than relatable people, but this concern has largely proven moot. Of course, there are still issues of the dreaded ludo-narrative dissonance, with Morgan racking up a body-count reaching into four digits, but this is aided by his established nature as a self-conscious outlaw. Morgan knows he isn’t a good man, he knows he’s a killer, and that makes it so much easier to consider story-action consistency that that many other popular heroes.

RDR2 is huge, and I don’t just mean the map itself. Relying on many of the same systems as the original, and taking evolved aspects from GTA 5, RDR2 is full of major gameplay features which many will find initially overwhelming.

The gunplay itself is fantastic, with a variety of old-timey revolvers, rifles, and shotguns, among many others, allowing for players to choose their own loadout for their preference, or for the mission ahead. The shooting here relies on a lock-on mechanic, which allows for faster and easier precision shots, but which might prove overly aggressive for some players. This can be amped up or down or turned off completely in the options at least, so those unhappy with this system can change it to their preference. 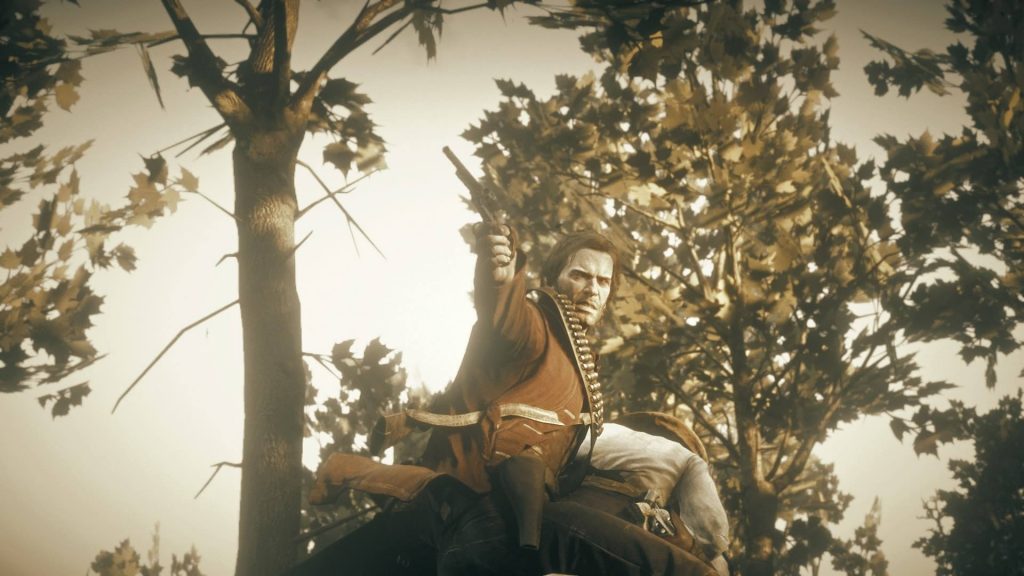 There is an issue here, however, in that your weapons are saved to your horse. As this will be your primary mode of transport throughout the game you will usually always have your horse nearby, but getting off a horse means manually selecting two weapons to carry, alongside your auto-equipped pistols. It’s easy at first to forget this in the carnage or in surprise action, and the game sometimes forgets what you have equipped or changes your loadout without warning. It would be nice to have a loadout which you could set as default at all times, but so far the game seems lacking this feature.

Speaking of horses, these play a huge part, and can be customized to suit your preferred look, and upgraded with various tack. These can be purchased, broken in from the wild, or even stolen from others. It’s hard not to form a bond with these fella’s and ladies, which makes it all the more devastating when you lose one to a tree, cliff, or gunfire.

Just be careful, otherwise, you might end up like me, losing a great new horse the first time you leave a city to an ambush. $500 I’ll never see again.

The supporting aspects of this game come in the form of RPG-lite features which can be more frustrating and distracting than anything else. Some, like hunting, tie in well, with each creature being able to be reduced to useable parts. Even better, or worse depending on your perspective, is that these require methodical tracking, and the use of clean shots and the correct weapon and or ammunition to retrieve the best quality components. There are even a few legendary versions out there which can net special gear and trinket bonuses, though these can be safely dispatched with any overwhelming firepower.

Other additions, like hunger and stamina, come across as more busywork than anything else. Aside from the standard health, stamina, and slow-mo deadeye meters, these three aspects also have cores. These will regenerate your meters whenever they are completely or partially filled but ultimately offer little in the way of enjoyment. Your horse also has the health and stamina cores, which brings us to the next point.

There are parts of RDR2 which bring up the question of whether realism is preferable if it is not enjoyable. Sure, eating is realistic, but managing five different cores is not what many of us would consider enjoyable, so does it really warrant inclusion? The same could be said of the limitations which are often imposed on movement speed when inside camp or within mission locations. Again, sprinting around camp or up to a person before talking to them is silly, but being forced to move around at a snail’s pace sacrifices playability in favor of realism, and that is something which I and many players take issue.

Of course, many players won’t mind this, but it would have been nice to be able to at least toggle this, or simply allow it anyway. People who want to role-play could still walk around slowly if they wanted, and it wouldn’t come at a cost to those of us after a little more speed. The same can be said for skinning and harvesting. These are incredibly well animated and are actually very impressive the first couple of times you see them, but tenth? The hundredth? Not so much.

This also ties into the weight which is so synonymous with Rockstar games characters. This gives a great deal of realism when it comes to movement, that is undeniable, but it also means that rapid adaption to an unpredicted scenario can be unfortunately difficult. While some of this can be alleviated by switching to the fantastic first-person viewpoint, it is still an issue which is harsh on beginning players and held my performance down a dozen or so hours in.

RDR2 is the best looking multiplatform game so far, that much I can state with confidence. In fact had I not experienced it for myself, I would have doubted my humble standard PS4 capable of such feats. While the standard Xbox One version lacks behind somewhat, the PS4 Pro and Xbox One X stand as even more impressive achievements.

Draw distance here is especially impressive, aided by a fantastic LOD scaling systems which is second to none. Distracting pop-in is almost invisible to all but the most eagle-eyed players, which is probably helped by the fact that there is little in the way of air-based viewpoints, creating easier viewpoints to predict. Also among the most impressive here are the fog effects which, while I am not usually a personal fan of, are so amazingly managed that I couldn’t help but stop in some areas in awe. 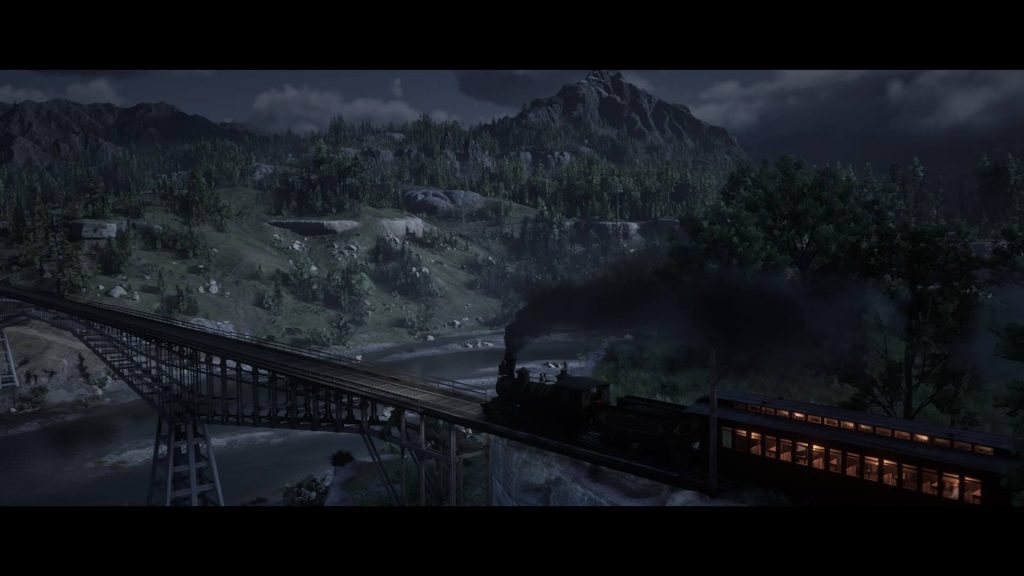 Animations are similarly impressive, as you would expect from Rockstar Games. Sure, I messed up my horse a few times by crashing it into a tree or ten, but watching Arthur come tumbling off and down a hill was a hell of a spectacle to behold.

Aiding in all the amazing atmospheric work is the range of environments available within the game. From deep snow to the desert, into lush grasslands and even alligator-infested swamps, the graphics engine in use by Rockstar has plenty of room to flex its muscles, and it rarely disappoints.

In fact, the only real disappointment I had with RDR2 when it comes to graphics is the framerate in the game’s major city. While this area tended to avoid taxing action-heavy gameplay sequences, it was disappointing to see drops in what was otherwise a fantastically stable 30 FPS experience. It really makes me hunger for what the inevitable (though not announced, I would place good money on this) PC release could look like, whenever it eventually hits shelves.

RDR2 is a rare game which upholds the early promises of what this generation could manage. Offering a story which sits among the top tier of open world games, and gaming in general, engaging gameplay which draws the player into the experience, and presentation at the very top of its class, this is an experience which proved well worth the wait. While it is not without a few issues, in overall scheme of things these annoyances are minor, though they could detract more easily frustrated players from the fun.

Not done yet, players still have the open world of Red Dead Redemption 2 Online to go. Hopefully not ruined by hackers and gameplay creep as GTA Online was, I’m personally so happy with the base game that I care little about the online portion performs.

A must have for any gamer’s library, and one which should find a place of honour high in your current-gen gaming stack.

Review: Red Dead Redemption 2A must have for any gamer's library, and one which should find a place of honor high in your current-gen gaming stack.