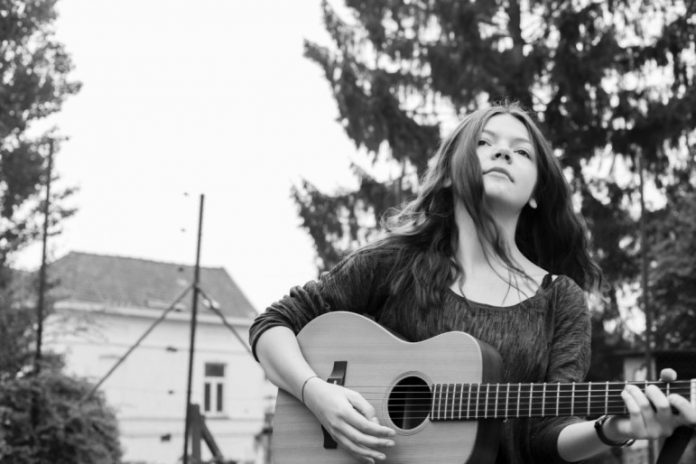 Asia – no, not the continent, nor the progressive rock supergroup – is a singer-songwriter hailing from Brussels, Belgium. If you’re a fan of Julien Baker, then you’ll definitely enjoy her music, which combines Asia’s emotive vocals, heart-wrenching lyrics, and sparse, minimalist guitars. On her new EP Choked Up, which features the stunning single  ‘Church’, she faces her demons head-on rather than shying away from them. We caught up with Asia for this edition of our Artist Spotlight segment, where we showcase up-and-coming artists and give them a chance to talk a bit about their music.

I think music has always being a way to cope. At around 14 I realised that I had a lot of things to say and no space to voice them.

I am the only one in my family who plays an instrument so music was really my thing. I write for myself first, it keeps me balanced.

Who are your biggest influences?

My biggest influence is definitely Julien Baker. Her style taught me a lot about songwriting. I learned that there’s no need to over-complicate and that it is okay to step away from the traditional song-structures.

I also listen to a lot of Microwave and Radiohead. They all make very earnest music using simple words and making it very accessible.

I am currently listening to Oscar and the Wolf’s first album, “Entity”, on a loop. It inspired me a lot while writing new songs for the album.

Congratulations on your EP! How would you describe the overall experience of making it?

Thank you! The making of the EP was messy. We – my producer and I – did not have a clear idea of what to expect and we did not have a “plan”. We started recording in October and finished in March. There was no rush and no pressure. Thanks to that, the EP feels really genuine and I am very proud of our work.

In many ways, Choked Up is about growing up and becoming an adult. What would you say is the most difficult part of that?

For me the hardest part was seeing my friends drift away. They all started to go to university while I was working in a restaurant. We just started to live at different paces. They would be studying from 8am to 5pm and I would work from 6pm to 1am so I ended being alone most of the time.

It is hard to anchor yourself into a new environment when there is no stability in your life. So the EP talks a lot about loneliness as well.

I think ‘Church’ is truly a stand-out track. Could you tell us a bit about how you wrote it?

I wrote it in early September 2018, a few weeks before starting university. I ended up dropping out after a month but at that time I thought that I was going to have to give up on music and blend in a universe where I clearly did not belong. The song is a kind of farewell to my dream – which is pretty ironic when I think about it now.

What’s next for you now that the EP is out?

We are working on an album which is very exciting but daunting at the same time. I am still learning everyday and I wish I could write this album with as much sincerity as I did with the EP but there is much more at stake now. However I have more time to focus on music now and I am lucky enough to be surrounded with a very supportive entourage. I am very excited about what is to come.