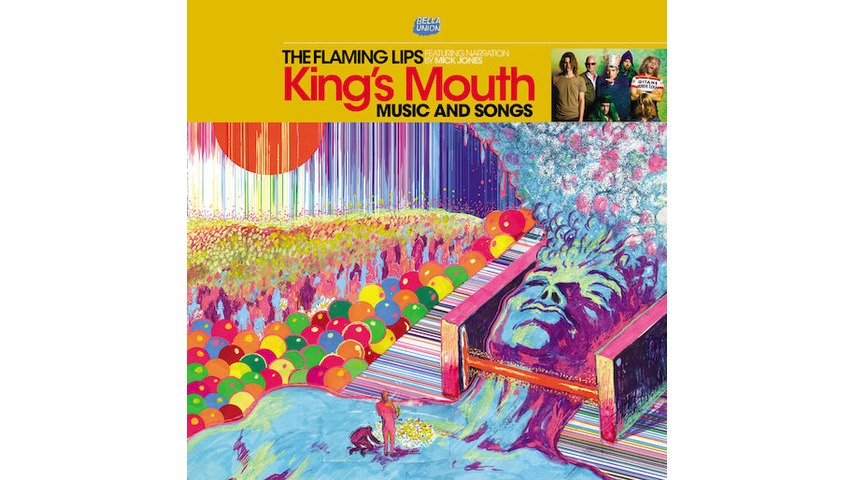 After the existential dread of 2013’s The Terror and the run-of-the-mill psych-pop of 2017’s Oczy Mlody, King’s Mouth is a welcome return to form for The Flaming Lips. Originally issued for Record Store Day this April as a limited run of 4,000 gold-colored vinyls, King’s Mouth sees the band embarking on the kind of eccentric, over-the-top, goofy psychedelic ride they became known for. Narrated by The Clash’s Mick Jones of all people, this concept album, a sort of accompaniment to frontman Wayne Coyne’s art exhibit and children’s storybook of the same name, tells the story of a king with a giant head who devours the whole universe. It’s not the most meaningful and profound narrative the band have conjured up, but it’s an endlessly enjoyable and engaging larger-than-life journey that doesn’t overstay it’s welcome at 41 minutes. From short, playful cuts like ‘Feedaloodum Beetle Dot’ to the tongue-in-cheek ‘Giant Baby’ or the memorable near-6-minute highlight ‘The Sparrow’ and the genuinely heartfelt closer ‘How Can A Head?’, this one’s definitely gonna go down as a late-career classic for the Lips.

Fans have been waiting seventeen long years for the release of The Lost Tapes 2, a sequel to the 2002 fan-favorite The Lost Tapes which compiled songs that did not make it into Nas’ albums. The follow-up to last year’s underwhelming, Kanye West-produced Nasir will most probably not disappoint those hardcore fans: it’s a whole hour of mostly consistent though not outstanding material. There is nothing on The Lost Tapes 2 that is outright terrible or even bad (except perhaps the awkward ‘Adult Film’ ft. Swizz Beats), but it’s safe to say it might test the patience of more casual fans, as Nas competently raps about familiar topics over serviceable beats (see ‘Lost Freestyle’ and opener ‘Bad Energy’). There are exceptions, like the surprisingly jazzy ‘Jarreau of Rap (Skatt Attack)’, a stand-out in the tracklisting if only for its unusual flow, or the more nostalgic ‘Queens Wolf’. For the most part, though, The Lost Tapes 2 is just okay.

Album of the Week: Ada Lea, what we say in private 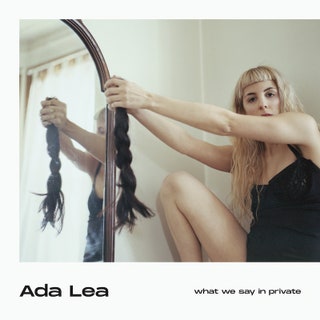 It’s rare that a debut album is as fierce yet vulnerable as Ada Lea’s impressive what we say in private. Musically, the record sits somewhere between the righteous punk rock energy of Sleater-Kinney and the raw acoustic intimacy of Big Thief while still remaining an incredibly cohesive listen. But what takes this effort to another level is the fact that Ada Lea manages to inject even the most seemingly straightforward and infectious moments with wildly experimental left turns, like on the stunning ‘wild heart’ or the explosive ‘for real now (not pretend)’. The result of a 180-day period of intense introspection following a break-up, the album also lyrically explores deeply personal themes, like on the perfectly hushed ‘the party’ or the diary-like ‘180 days’, where she sings: “I want the days to go by/ Half the year to be precise/ I wanna spend all my time/ Keepin’ track of cycles of moon and sky/ Smash your head on the pavement/ Just to feel near to something new”. And then there’s the stand-out single ‘what makes me sad’, with its soul-crushing refrain and powerful instrumental, or the beautifully poetic ‘yanking the pearls off around my neck…’. For the sake of being somewhat optimistic, when all is said and done, there is hope for catharsis after all the pain and heartbreak.

Highlights: ‘wild heart’, the party’, ‘for real now (not pretend)’, ‘what makes me sad’, ‘yanking the pearls off around my neck…’, ‘easy’ 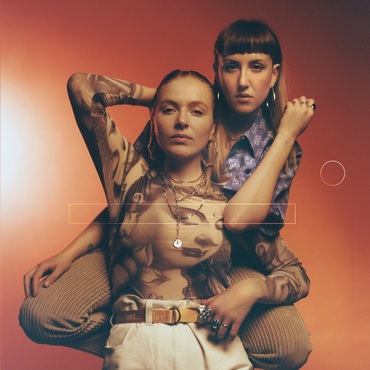 Emotional Education‘s defining moment comes late on the album, on the penultimate track ‘Saddest Generation’: “One in four, one in four/ We must be the saddest generation/ Is there any hope for us all?/ One in four, one in four/ Where is the emotional education we’re all looking for?”. Like many other so-called smart-pop acts of our time, the duo IDER do their best on their debut album to capture the specific kind of generational melancholy that defines millennials, evoking the likes of Lorde and labelmates Chvrches. There’s not much that sonically separates them from such electropop outfits, except for the notable chemistry between Megan Markwick and Lily Somerville, but they definitely achieve what they’re going for conceptually. What’s more, the hooks on tracks like ‘Wu Baby’ and ‘Invincible’ are nothing if not memorable, while the duo’s soft side also shines on the album’s more laid-back moments, namely the hopeful ‘You’ve Got Your Whole Life Ahead of You Baby’ or the piano-led ‘Body Love’ that’s reminiscent of Ghost Stories-era Coldplay (I take that as a good thing, for the record) and might as well be the album’s most affecting moment. Though the album occasionally veers off into generic territory (‘Swim’), there is definitely potential here.