Why it’s Make-or-Break Time for Marvel 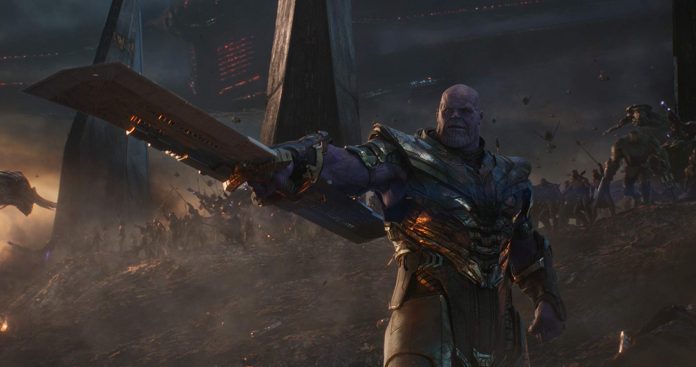 Disclaimer: This article may mention plot points for prior Marvel films– please watch those first to avoid spoilers.

Last week, Marvel Studios President Kevin Feige confidently stepped onto the Hall H stage at San Diego Comic-Con international and boldly pronounced to a Marvel-adoring audience that Avengers Endgame (2019) had (finally) surpassed James Cameron’s Avatar (2009) as the “biggest film of all time”. Technically, if you adjust for inflation, Cameroon’s hit still holds the title. Plus, if you consider the originality and (at the time) franchise-less nature of Avatar, the cinematic exuberance of Pandora will forever hold a Na’vi-sized footprint in film history. Nevertheless, Endgame’s success means it does hold a shielded place in the record books.

It seems somewhat understandable, therefore, why even the ever-confident Feige has a hint of nervousness as he announces what Marvel “are about to do” aka Phase Four of the Marvel Cinematic Universe. After ten years and 21 films that perfectly reached the Endgame-crescendo of 2019, Phase Four arrives undeniably as a make-or-break moment for the company.

But, in typical monstrous Marvel fashion, the studio doesn’t seem to be slowing down anytime soon, with 10 Marvel projects slated for release over the span of only two years, from 2020 to 2021. Perhaps, the most noticeable absentee from the Phase 4 announcement is that, as a group, the Avengers don’t have an upcoming project. This entails an astronomical narrative re-structuring for the studio. The previous three phases were centred around leading the individual films’ narratives towards a crossover event movie. Even films that appeared to be unrelated to the avengers (Doctor Stange or The Guardians) subtly led to the group set-piece. As of yet, Phase 4, which commences with a Black Widow prequel and concludes with a fourth Thor’s solo piece, has neither a recognisable cross-over, set-piece film nor a noticeable through line. Though this provides the individual films unconstrained freedom, it means there is less demand for audiences to follow the films chronologically or to the same extent as they may have done for the Infinity Saga.

However, the greatest disparity between Phase 4 and its ancestors is the astronomical role that Disney+, Disney’s new subscription streaming service, looks set to play. Feige announced four live-action series and an animated project that will join Disney’s new platform, which seeks to compete with existing streaming services like Netflix, Hulu and Amazon as well as upcoming services from Apple, WarnerMedia and NBCUniversal. Playing it safe, Marvel has used characters that have played supporting roles in other films (e.g. The Falcon, Hawkeye and Loki) but have yet to have had their own chance in the spotlight. This ensures the right level of complexity is attained and a guaranteed audience (to Disney’s financial delight) is achieved.

It feels worth questioning here whether Marvel have their fingers in too many Hulk-sized pies? Disney+ is set to offer a highly competitive price (around $6.99 per month), but with the multitude of other streaming services out there, it’s necessary to wonder the extent to which the Disney+ shows will be intertwined with the films. If they rely heavily upon each other, which Feige has implied they will do, it could demand too much commitment from audiences and lead to them abandoning the franchise altogether. But, based on Marvel’s current momentum, it would seem unlikely for them to do anything half-hearted. And if they employ powerful marketing, as they usually do, Disney and Marvel will be set to fortify their multimedia dominance further.

Though it’s easy to criticise Marvel as a money-grubbing, corporate machine, it is worth commending the studio for an excitingly diverse swathe of films. There were a number of notable, progressive acquisitions in Feige’s announcements; including: the studio’s first deaf superhero, Marvel’s first Asian-American superhero and an openly gay superhero. The unveiling of Natalie Portman as the “Female-Thor” and Mahershala Ali as the vampire hunter, Blade, also left many mouth-wateringly enthusiastic. And with Disney’s recent acquisition of Twentieth Century Fox, Fantastic Four and X-Men were both subtly teased along with the potential for a multiverse, which was half-hinted in Spiderman: Far from Home, and will provide a new-found complexity to the franchise.

In the past decade, superhero films seem to have certainly taken flight and their cultural prevalence will lead many to believe that they will never fall. But, in the world of cinema, these things do happen – westerns and musicals were the superhero-equivalent during the Golden Age of Hollywood until their eventual decline. And with Marvel’s re-structuring and further expansion, it feels “inevitable” (as Thanos would say) that something will go wrong.

The kind of unparalleled cultural predominance Marvel possesses combined with the already somewhat problematic and ambiguous nature of Disney+ means that the Marvel cinematic universe will either become stratospheric or sink to the cinematic underworld below- only time will tell what the studios’ fate will be.