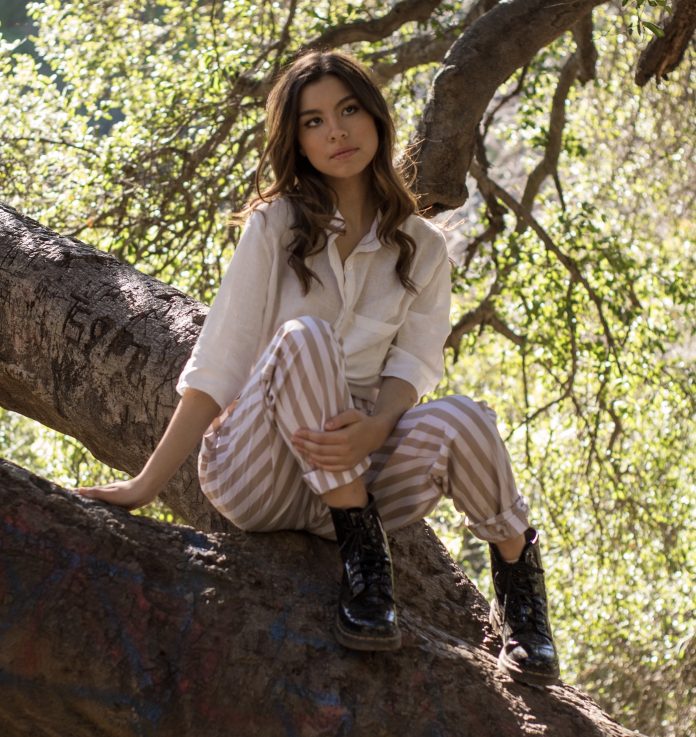 At just 17 years old, R&B singer-songwriter Tash Palmer has already achieved so much. Born into a musical family – her mother was a guitar teacher while her father a bass player – Tash naturally started playing guitar and writing music very early on. Her debut EP VOLUME 1 was produced by Mark J. Feist, known for working with Beyonce, Mary J. Blige, John Legend, and Little Mix, and has garnered 15 million collective streams across streaming platforms. Today she has released the video for her single ‘The Signs’, a sleek and evocative piece of R&B that sees Tash getting introspective: “I lost my peace of mind getting caught up in the silence/ Turn life worries in to hind, all the trouble’s in my sight,” she sings as the track opens.

We caught up with Tash for this edition of our Artist Spotlight segment, where we showcase up-and-coming artists and give them a chance to talk a bit about their music.

Can you recall the moment you decided you wanted to record music?

I was around 13-14 years old and I’d written a bunch of songs that I was quite proud of. That’s when I started googling studios in Sydney and how much it would cost, but I had no money.

If you had to name one artist who has inspired you the most, who would it be, and why?

It’s hard to name one but I’d have to say Noname – if you haven’t heard of her, she’s a rapper from Chicago. Everything she does from her unique concepts, poetic plays on words to her Stevie Wonder-like chord progressions has inspired my style of writing.

What is it like working with producer Mark J. Feist for your debut EP?

Mark and I work together really well. We both understand each other musically which makes our studio process really efficient but also really chill. For every song our process is very simple: I write the songs in my bedroom at home, and play them to him in his studio. We then record the vocals to a temporary guitar track and then he builds all the other parts around it. Our musical connection makes the time spent recording go pretty quickly. If we’re ever in the studio for longer than 2 hours then something is up.

What was your favorite moment while recording VOLUME 1?

Probably going back and listening to all the songs we recorded over the past year or so. When I was picking out the songs for Volume 1 I found a lot of old gems that I’d completely forgotten about, like “The Signs.” I don’t even remember recording that one.

Could you talk a bit about the idea behind ‘The Signs’?

The concept behind “The Signs” is the idea of being superstitious and speculating whether omens and myths have influenced the events in your life. At the time when I wrote it, I was probably having a weird week and started to contemplate whether it’s karma for something that I did. I don’t actually believe that black cats are haunted but I thought it would be an interesting concept to write about.

I love the line “I’m out of four-leaf clovers/ I’m superstitious enough to think that my day is over.” Could you explain how it came to you?

When I was writing “The Signs,” I tried to use as much symbolism relating to “bad luck” as I could. That’s how I came up with the idea of not having any four-leaf clovers – meaning I only have bad luck.

How was the experience of recording the video?

Making the video for “The Signs” was quite a fun experience. We basically drove around in an old sports car for 2 hours around Downtown LA. The director (Wesley Quin) is super good at what he does so we didn’t have to spend a long time shooting.

What’s next for you in the near future?

Definitely an album, and a bunch of more shows. I want to put out a much longer body of work. I’ve got a lot of songs that are ready to be heard but we’re waiting for the right time to share them. As for shows, I’m hoping to play a lot more. We’ve spent the last few months perfecting the live set and we’re definitely ready to do some bigger and better venues.

Teebs Enlists Panda Bear for New Song ‘Did It Again’