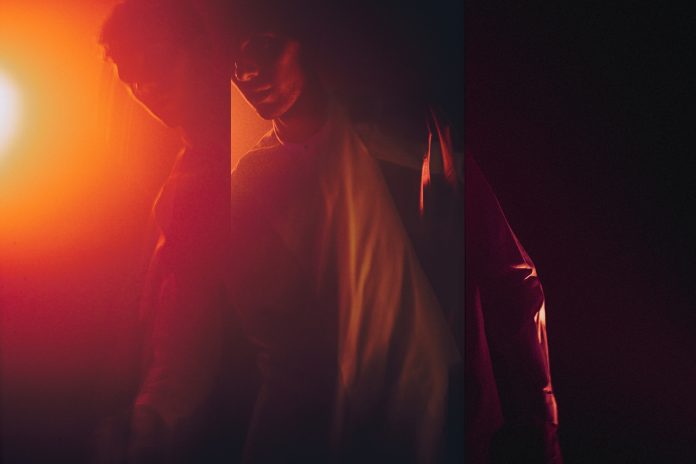 Run Child Run is the moniker of independent producer and singer-songwriter Ian Sims. Over the last decade, he has collaborated with a variety of artists, including Nicolas Jaar’s live band, Queen Elephantine, Dave Harrington’s Spank City, and Momo Ishiguro, but is also rapidly coming into his own as a composer and songwriter. He recently released his sophomore LP Peace Process, which marks a natural evolution from his previous effort Vanishing Point – it features the same sort of meditatively cyclical sound, as well as mantra-like, repetitive lyrics, and deeply evocative instrumentals that reflect the intimate spaces of love and beauty. But Peace Process is a more inspiringly blissful and personal record, going through “the full spectrum of life’s emotions”, in Ian’s own words, celebrating the joys and sorrows alike. It is a mesmerizing, contemplative, and involving album about finding peace in your everyday life, both with others, but most importantly with your own self.

We caught up with Ian Sims for this edition of our Artist Spotlight segment, where we showcase up-and-coming artists and give them a chance to talk a bit about their music.

What inspired you to start making music and how did you start actually doing so?

Gotta give it to my parents for laying the groundwork – not only by sharing their love of music but also by always encouraging me to express myself. I was pretty much singing a tune at all times since I came out of the womb. My mother played the piano in our home while I was growing up and I learned to play the classical music she loved by watching her hands. My dad was obsessed with the blues, and though he didn’t play an instrument, one could often catch him whistling a tune. He’s still the best whistler I know.

The piano was my main instrument till about 10, when I picked up the drumset. Drumming, especially jazz drumming became my main focus for the next 15 years. At 15, I also picked up the guitar to start learning folk songs that I could sing and play. It was around that time that I took a hand at writing music of my own. It took a long while for me to synthesize all the different streams of influence into something that felt like it was really coming through my voice. I started writing the songs that became my first album, Vanishing Point when I was 25.

How would you describe your music to someone who’s never heard of it?

I usually describe my music in words that aren’t as much about genre as they are about feel. So I say that it’s meditative, textural and layered. The music is steeped in repetition – in rhythm, in melody, in lyricism – to really build a sense of the cycle and the circle and timelessness. And when I don’t have the time for all that I’ll just say it’s cosmic pop – cus at the core, they are songs meant for anyone and everyone.

How do you develop an idea from an initial thought to a fully-fleshed song?

The process for me of developing a song is usually a long one. Pretty much every song I write begins from a moment of inspiration where I’m feeling a certain way and in a certain mood and I’ll just start humming along to the feel. I like to let things marinate, so I usually find myself spinning a simple line of words around and around and around until they find a natural resting point. Once the foundations of a song are solid, I like to setup a room with a musical palette – diverse but limited – so I can float around the room and stay spontaneous as I add in layers of percussion, drum machine, flute, harp, keys, and guitars. I’ve found that by actually limiting my choices, I give myself more freedom to flow.

You describe the album as being about “seeing that peace is not something declared, acquired, or set in stone.” Can you explain what you mean and how you came to that conclusion?

I guess I’ve been interested in peacemaking for a really long time – on a societal and social level sure, but actually more deeply on an intimate interpersonal level and within myself. I’ve learned an incredible amount through the joys and sorrows, inspirations and challenges of starting a family.

I used to envision peace looking a certain way, like a pleasant family dinner. But over time, I’m seeing peace is not so much about maintaining things to look or feel a certain way as much as remaining responsive to feelings and the needs of everyone in each moment. Peace is the acceptance of what is, as it is – not just of how you’d like it to be.

My favorite line from the album is “beauty’s a reflection of your self-love”. How did that thought come about?

Yea, I really love that one too. I remember very distinctly where I was when that that line hit me. I was walking about a block from home passing a school playground in the summer of 2014. I was feeling really lovely, just walking and smiling, feeling the sun on my skin. I was enjoying my own company and humming to myself and I felt really beautiful.

Then this thought came to me – beauty really has nothing to do with what I actually look like. That’s not it at all. You can see real beauty as an aura around someone who’s truly at peace with themselves. They hold space for all the shapes of their body, all their different proclivities, all their strengths and weaknesses and ultimately they know it’s all good. A person’s beauty is measured by the degree to which they accept and celebrate who they are.

Do you feel that your sonic approach for this album was different than in Vanishing Point? How so?

I feel the difference between the two records its less about approach than about being in a difference place in my life. When working on the first record Vanishing Point, I was living very much like a hermit, writing music in solitude to work my way through old hurts, struggling to find my voice after losing my sense of self. The new music of Peace Process was written while finding a new love, starting a family, and raising a son. I wrote so much of this music alongside my little family, sculpting the music with my partner with my baby boy strapped to my chest. And even as my marriage has gone through the most challenging times and comes to its end, the sound of love remains in the music.

I like to imagine that if Vanishing Point was a melancholic soundtrack to carry one through the deepest part of the night, then Peace Process is the uplifting spirit of daybreak.

What does the future hold for Run Child Run?

The future is exciting. While in the process of recording the album and bringing it to light, I have been blessed by a set of beautiful new collaborations that I see carrying far into the future.

The first is with some incredibly gifted friends who have launched a new storytelling platform called The Wolfcastle. This past January, they traveled with me upstate New York for the recording of the album to document my creative process for their online magazine. I’m now featuring as their first artist and they are releasing a series of documentary films, interviews, and live session performances from the making of Peace Process over the coming months.

Another exciting collaboration has been with Bandcamp, who asked me to pilot their new Vinyl Campaign tool that goes live for all artists in 2020. This new feature allows musicians to create a 30-day campaign for any release and raise the money to press records by getting pledges from their fans.

When I released Peace Process last month, I launched a Vinyl Campaign and I’m so excited to announce that we just reached our goal. We’re pressing records! The Wolfcastle has led the art direction for the vinyl with stunning cover art by David Terranova and a beautiful 32-page insert booklet with the song lyrics and photography from the recording process by Dean McColl. I am just so excited that people will soon have this very special record in their hands.

[The campaign is live until midday on September 25th – so if people are interested in grabbing a limited edition LP they gotta act fast!]

After this campaign wraps up, I am turning my full attention to my live show. I can’t wait to take my performance to the next level, get on the road and share these new songs in person.