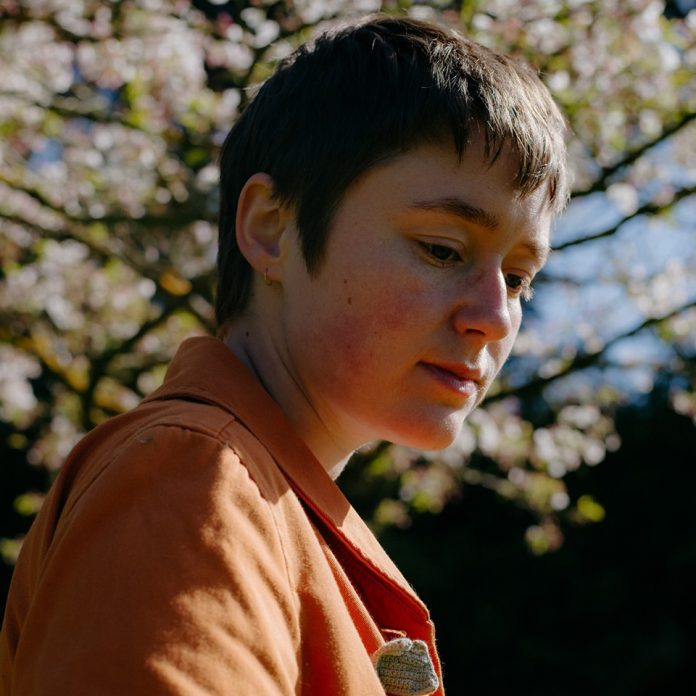 Boy Scouts is the moniker of Oakland-based songwriter and multi-instrumentalist Taylor Vick, who makes warm, intimate indie-folk compositions akin to the likes of Frankie Cosmos and Snail Mail. Back in August, she released her debut full-length album, Free Company – her first for ANTI- records, home to artists like Girlpool, Calexico, and Wilco – and it instantly feels like stumbling upon a good friend you’ve never met before. Although it’s a step away from the bedroom recordings Vick used to upload on Bandcamp, her approach to songwriting has palpably not changed one bit. The record’s sweet, empathetic lyrics, delivered with Vick’s vulnerable, piercing vocals, deal with the aftermath of a break-up in all its emotional complexity and frustrating ambiguity. “Discovering what it takes/ To keep the memories at bay/ Here I stay a thousand days/ I don’t try to leave, I don’t try to stay,” she sings ‘Momentary Love’. And on ‘Hate Ya 2’, she laments, “I go to the park where once we had a sit/ The light has become dark, maybe it was never lit.”

We caught up with Taylor Vick for this edition of our Artist Spotlight segment, where we showcase up-and-coming artists and give them a chance to talk a bit about their music.

How did you start writing music and what are some of your biggest influences?

I started guitar lessons when I was 9 or 10 years old and after a few years I tried writing my own songs. Carole King, The Carpenters, Rose Droll, and Travis Vick are some of my biggest influences.

You seem to experience emotions fully and can express them as such in your music – is this a difficult process, as a person and as a songwriter?

I can’t really compare it to anything because it’s the only experience I know… I think a lot of people feel stuff deeper than they let on. I feel fortunate to be able to turn to songwriting to help process things I’m experiencing. If anything I think being pretty emotional and being a songwriter are complimentary.

Why did you name the album Free Company?

I started to think of that batch of songs as the company I kept during shitty times — when I was writing them and kind of being inside of them for that extended period of time making the record.

What’s your favorite track from the album, and why?

Get Well Soon, maybe. I love the bass line Stephen made and played on this track, and I love that my nylon guitar is heavily featured in the beginning… that’s the guitar I wrote all the songs from this album on and I like that it’s the first thing you hear when you play the record.

I love the line “think of the desert sprawl – empty but still forceful” from ‘Hate Ya 2’. Do you feel like there’s a newfound confidence and self-respect in how you view yourself, while still allowing yourself to be vulnerable?

Potentially, yeah. I don’t know if it’s confidence I gained but more like a better understanding of the situation as time went on.

Did you approach the album differently from your previous releases?

Yes in that all of my previous releases were either just uploaded to bandcamp or released on a friend’s small tape label. But as far as songwriting goes, that was approached the same way I’ve always done it.

You’re about to tour with Jay Som, is that right? How do you feel about that?

I noticed that your album opens with ‘Get Well Soon’ while Jay Som’s new album ends with ‘Get Well’. But beyond the first two lines, the lyrics grow to be quite different–in what ways do you think they’re different or similar?

That’s a funny coincidence, I like that. I mean they’re similar in that they’re both songs written from a place of empathy, I think. Hoping the best for someone who is going through something tough.

I don’t spend too much time thinking about that to be honest. I hope to continue writing music, making albums, and playing music with my friends for as long as I can.

Boy Scouts will perform in London at The Great Escape’s First Fifty on November 14th.