Interview with Thomston: “Each track becomes an experiment” 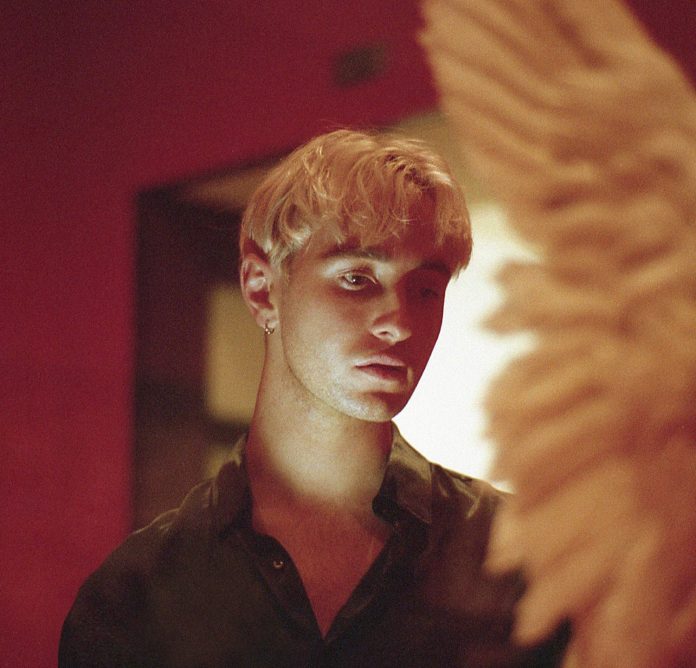 Having released his new single 2 years, New Zealand’s beloved Thomston joined us for an interview to talk about this latest release, influences, and culture.

Oddly calm. Usually when I’m about to put music out I get this very specific kind of stomach-ache which isn’t happening this time.

So, your latest song 2 Years is clearly highly emotive and builds on your previous work, what was the primary goal of making the song?

2 Years was one of those songs that practically fell out of my brain. I wrote the whole thing terrifyingly quick, each word just appeared in front of the other. I love sitting with lyrics, stretching metaphors out, creating deeper layers, references to other songs on the project, things for people to uncover. 2 Years was not one of those songs, I only changed a couple words since the first demo.

Looking back from 2014, when you first emerged in the world of music, what can you say you have learnt from the years of making music and which elements from the past have emerged in 2 years?

Woah, so much. Pretty much everything I know was learnt in these past few years. Music is business, an overly complicated one at that. When I first started songwriting in high school in 2013 I had zero clue about contracts, mechanical royalties, publishers, syncs, managers, production agreements. There are lot of people out there ready to take advantage of young artists who don’t know things about how the industry is structured. And then just on a song-writing level, I learnt pretty much everything I know between 2014 and 2016 working with a guy here in New Zealand called Josh Fountain who showed me how to produce, and gave me all the space I needed to carve out my own voice as a writer. Only now am I beginning to realise how lucky I was in that regard.

You’ve said your forthcoming EPs En-route: Los Angeles and London will hopefully bring a sense of structure and cohesion to the latest collection of songs. Do you feel that a structured discography can limit or expand your creativity as a musician?

Ooo good question. I think today we are increasingly seeing artist do the “singles-thing” and it works super well for them. You can go one of two ways when exploring that route. The first is locking down a sound and slowly building an audience single-by-single, getting maximum exposure with every track. The second is using the singles method to find what resonates with people. Each track becomes an experiment to see what people respond to, and then you have to recalibrate the creative process based on the feedback. For me, I had written a ton of different types of music in 2017 and had no idea what I had just made, and I didn’t release it. I lived with the songs for a long time before realising that there were two separate vibes emerging, two categories almost. I sat down and reorganized the demos into two folders and that’s when everything clicked. From there, I tried to hone in two separate, but referential, sounds. I spent almost a year tweaking production with my friend in LA, Micah Jasper. I think in this way, I was able to bring a really creative, varied, palette of sounds into a coherent project which has been such an amazing process. The funniest part has been releasing all the singles, which are all so wildly different, but knowing that everything is going to click for people once they hear both EPs.

Music streaming has had a significant part in promoting up and coming artists, and you’ve had quite the success with it. Do you feel without streaming, your path would have been more challenging or would it just would have been a question of time before you became a success?

Interesting. I came up at a weird time, right before Spotify really took hold of the industry and its competitors materialised. So I got to experience releasing music in the SoundCloud blog era, where I also saw a decent amount of buzz. A lot of the online press I had earlier in my career doesn’t even exist anymore or was absorbed by a larger company. Now, everything hinges on New Music Friday and other editorial support so finding online premieres (which used to mean everything) now has a lot less importance to the entire team. I feel like I have to acknowledge the luck of making music at a time where it’s so accessible, and how fortunate I am to have a group of people working to realise that music.

Your debut album Topograph was recorded in three different continents, how influential have different cultures been for your music?

That’s hard to say. I guess it’s influenced everything I’ve done whether or not I was aware at the time. I can’t believe that I’ve been able to see the world. I have friends who have never been on a plane, so I’m not gonna say that travel is “essential” or anything but I feel like the things I’ve seen and the people have met have influenced me in ways I’m not sure I’ll ever fully understand. Maori culture taught me to find value in family and the land I’m from, American culture taught me to be more bold, and British culture taught me to never, under any circumstance, call someone without texting first.

The final question that I ask everyone. What is your definition of culture?

To me, culture is the thread that connects communities. That’s my view at this current moment but honestly my 20s are teaching me to never make grand statements about my world view because it changes every 30 seconds.