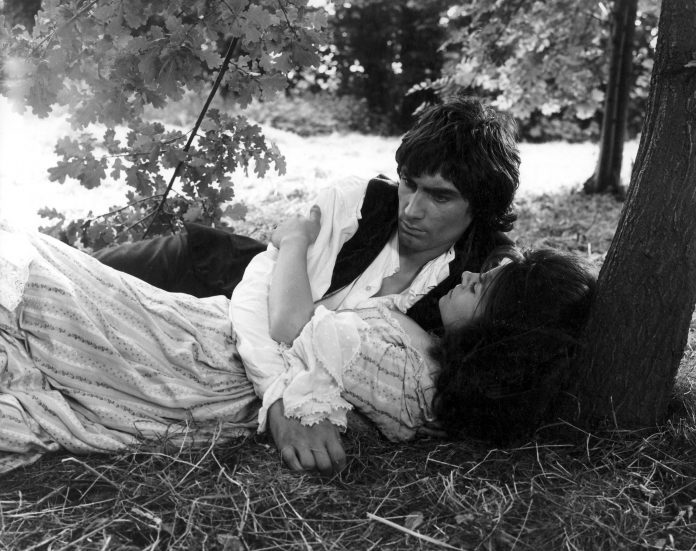 What better way to begin the new year than to celebrate the best adaptation of Wuthering Heights to ever grace the screen?

If your New Year’s resolution has anything to do with running across the moors, getting revenge on your foster brother, or being haunted by the love of your life – start wuthering your heights. Ever since its publication in 1847, Emily Brontë’s only novel has been revered for its poetic brilliance and brazen passion.

The overpowering, God-defying relationship between Cathy and Heathcliff is often too intense to watch.  Rest assured. One film has done justice to the world’s most beautifully insane couple. And that film is turning 50.

Wuthering Heights (1970), the second film adaptation of the acclaimed novel, was produced with an eye to truthfully portraying Cathy and Heathcliff. Louis Heyward has reportedly said, “Heathcliff was a bastard and Cathy a real bitch and that’s how they’ll be in this film.” So they are. Unlike the first ever adaptation, starring Laurence Olivier and Merle Oberon, this Wuthering Heights does not paint an idyllic picture.

“…Perhaps not. I think I’d prefer to be the wind, and the rain, and beat you.”

Where in 1939 there was a tender Heathcliff and an angelic Cathy embracing on a pure, white deathbed, 1970 gave us sensuality and brazen violence. Exactly as Emily Brontë intended. The context of the novel is apparent in every shot, so apparent that an audience disregards its complete deviation from the original story.

How does this film manage to perfectly depict the Wuthering Heights gang and make huge changes to the plot? A stellar cast, for one thing. As a profound fan of the novel, I may say that every character is played by the right person.

Malicious elder brother Hindley, posh and milky Edgar and Isabella Linton, and all-too-involved housekeeper Nelly Dean are all portrayed with realism and total dedication to the whims and vices of their characters. Likewise, Timothy Dalton and Anna Calder-Marshall fulfil Heyward’s promise by truly embodying the bastard Heathcliff and bitch Cathy roles. 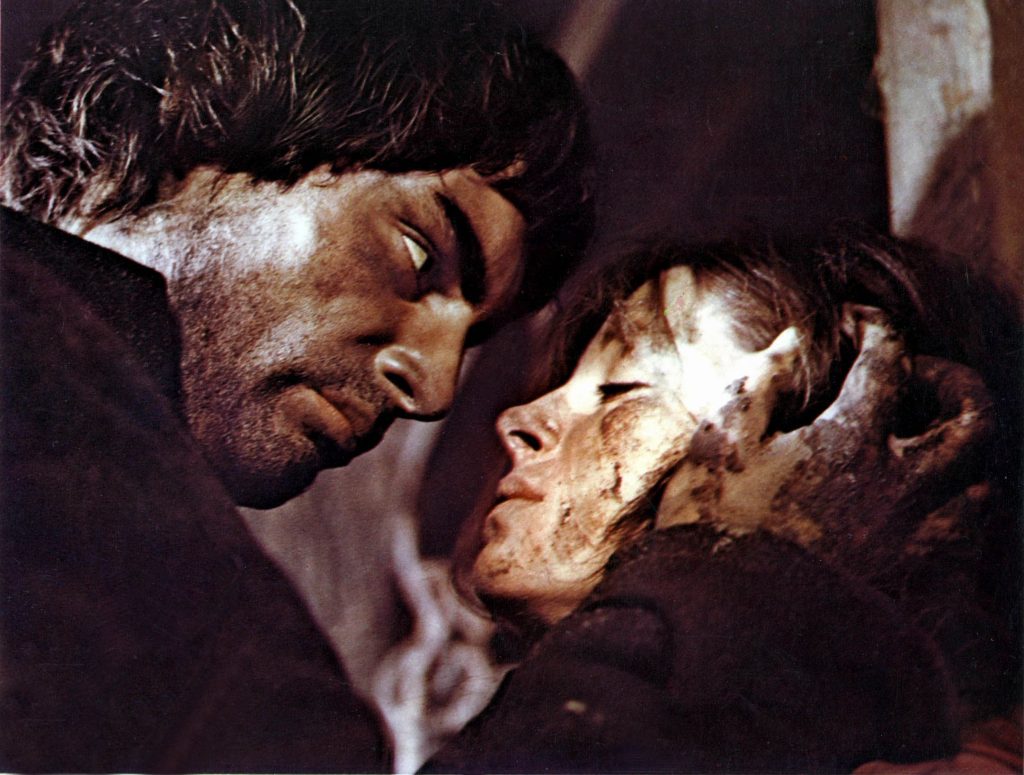 One would think the lovers’ ghosts truly do haunt English moors, and that Dalton and Calder-Marshall were possessed by their spirits during production. Timmy Dalton is Heathcliff – that otherworldly rascal with a capacity for love that exceeds human decency. Calder-Marshall’s Cathy is a rightful mixture of plaguing contrasts – ethereal, earthly, coquettish, and profoundly cruel.

Together they are a melodrama’s dream, exhibiting scenes of chest-hitting and cheek-slapping as more than an affectation of fictional lovers. Whether it’s manure in the face or love in the grass, Cathy and Heathcliff’s relationship is portrayed in all seriousness and with total surrender to madness.

“I wish I could hold you till we were both dead!”

And we cannot forget the power of cinematography. Heathcliff’s reflection in the vanity mirror, as he storms into the bedroom where Cathy lies, half dead. An almost diagonal sun-dappled hill, atop which Cathy’s ghost appears, giggling and twirling like a girlish siren. I thank director Robert Fuest and cinematographer John Coquillon for their extreme attention to the detail and, consequently, for creation of the first fully immersive Wuthering Heights.

Last but not least is the music, without which this celebratory article would be incomplete. The infamous Michael Legrand developed a truly haunting theme for a truly haunting couple. It sounds like the moors, and thus stirs the listener’s soul as would a breeze, a fog, or a chill to the bone. When that theme is heard, you know Cathy or Heathcliff is coming. And it doesn’t matter which, for they are one in the same.

“I don’t just love Heathcliff — I am Heathcliff!”

While certainly famous and well-beloved, Wuthering Heights (1970) is not discussed nearly enough. An internet search for production stories will yield few results – and that, my friends, is a crime. It is everything a period film should be and has therefore earned a 50th anniversary celebration.

This is the year to put the best Wuthering Heights on its proper pedestal. So, buy the Blu-Ray, have a screening, bring it to your blogs and podcasts. It’s a new year! Resolve to make it boundless, with this otherworldly masterpiece.